From Crafty to Couture

I was given my first sewing machine when I was ten. It was one of those old school ones that were mounted into the tables that folded open. I was a little bit obsessed with it, despite not having any idea how to go about using it.

I started with little felt squares and tried out all the stitches – all four of them (it was that old). Even before I started sewing, I had a habit of stashing old clothes because I loved the fabrics. It wasn’t long until I began to cut up old jeans and corduroy pants to make bags. I made so. many. terrible. bags. But that was one of the best ways I learned; trial and error.

I eventually moved on to hats. I made this awesome winter hat when I was about 12. It was bright green fleece, pretty typical… and then I added a mohawk of pink spikes and turned it into a dinosaur. It was rad.

I never had the chance to take a formal sewing class, but I started looking at garments I owned and tried reproducing them. It was mostly pajama pants and basic shorts for a while, but I’m an enormous nerd and slowly started getting into cosplay. The costumes I made at first were mainly built off your standard thrift store finds, (I’ve altered so many trench coats, I’ve lost count), but soon I got a job in a fabric store when I was in high school. While it was still work, I was super lucky to be surrounded by so many people who were interested in the same things I was.

Between the customers and my other coworkers, I learned so much about sewing tools and notions and techniques that I had never even heard of!

It actually gave me the motivation to make my own prom dress. Super fun! But in hindsight, why did anyone let me do that?

When I went to college, sewing sort of took a back seat. I still focused on it during the summers and prepped for New York Comic Con every year like clockwork, but the school year was dedicated to journalism, photography, art, strangely a lot of things that are the opposite of sewing. It led to this opportunity at Mood though!

I was hired at Mood as the social media manager a little more than two years ago and I absolutely love how the position has changed and grown over the years. When I took over Sewciety, it was largely sporadic trend reports and the occasional DIY. 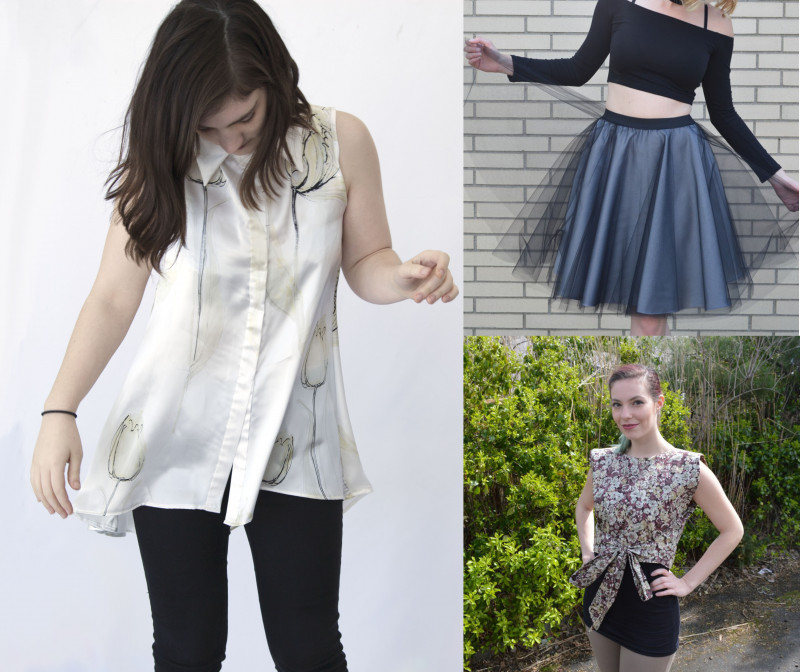 I started doing small projects here and there, trying out some of the patterns that Mood sells and showing how to do easy wraps shirts and circle skirts. I even had the chance to focus on what I love every once in a while, which is cosplay. I made this incredibly cool Star-Lord jacket last year, which is still probably one of my most intricate projects to date. 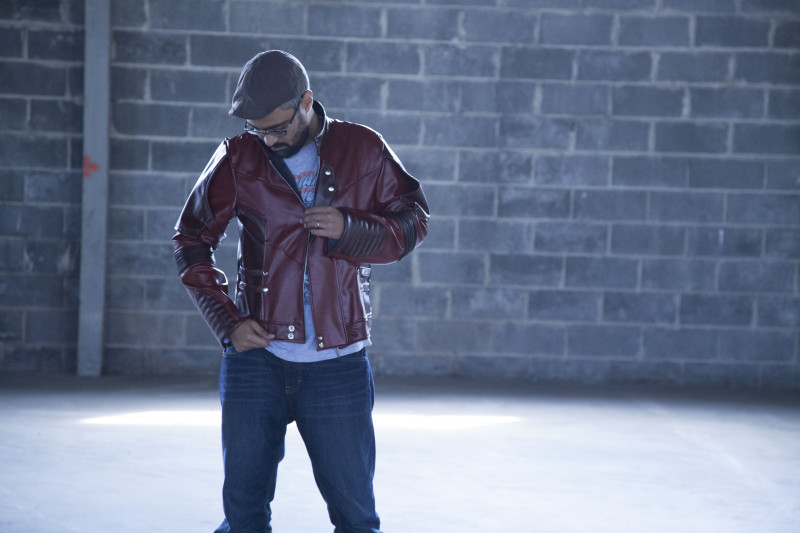 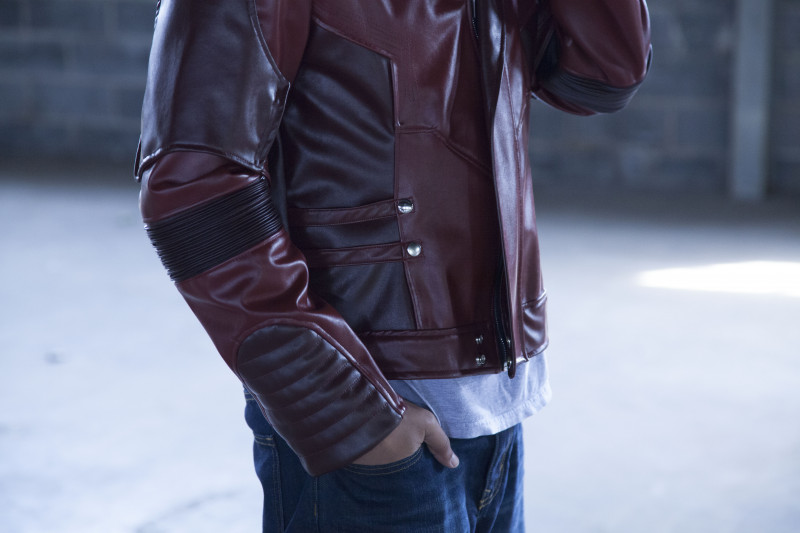 This led to the discovery that I really love making jackets. 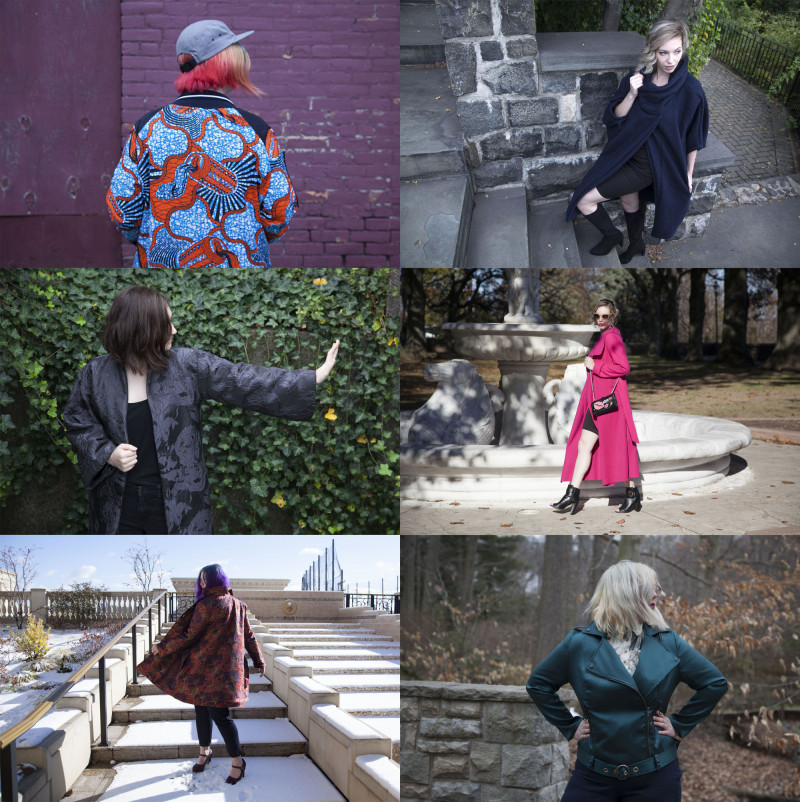 Now I get to spend my days coming up with and then sewing designs that I think others would like to try! I send them over to our digital patternmaker, and she creates the gorgeous free downloads that we’ve been putting out a couple times a week! 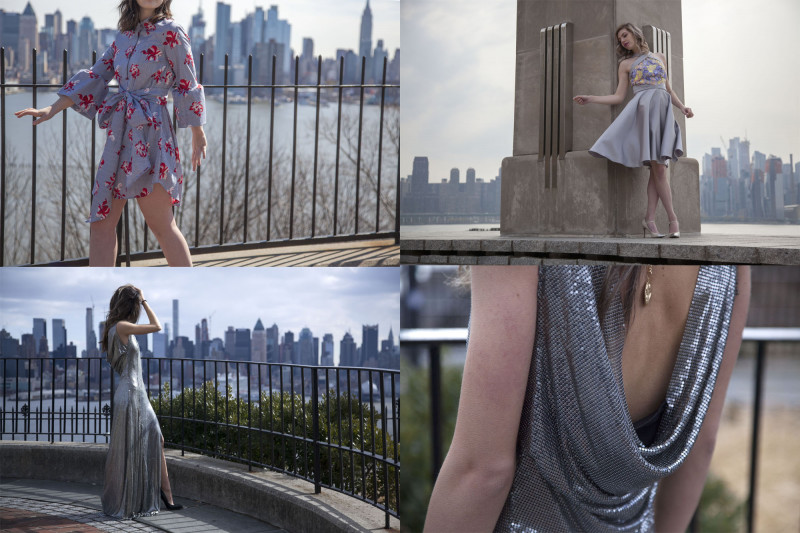 It’s crazy to me that just a few years ago I only knew a fraction of the techniques that are now second nature to me. I don’t even want to tell you how recently I discovered French seams! (I was already in my twenties. Yikes.) In just a few years, I’ve gone from crafty little DIY projects to full on cocktail dresses and gowns.  From the Hyacinth Gown pictured above (100% hand-sewn metal chain mail. Can you say ‘couture’? Also pronounced ‘ouch.’ My fingers hated me for a week after that.), to the Iris Ensemble below, I absolutely love the progress I’ve made as far as my sewing skills are concerned! 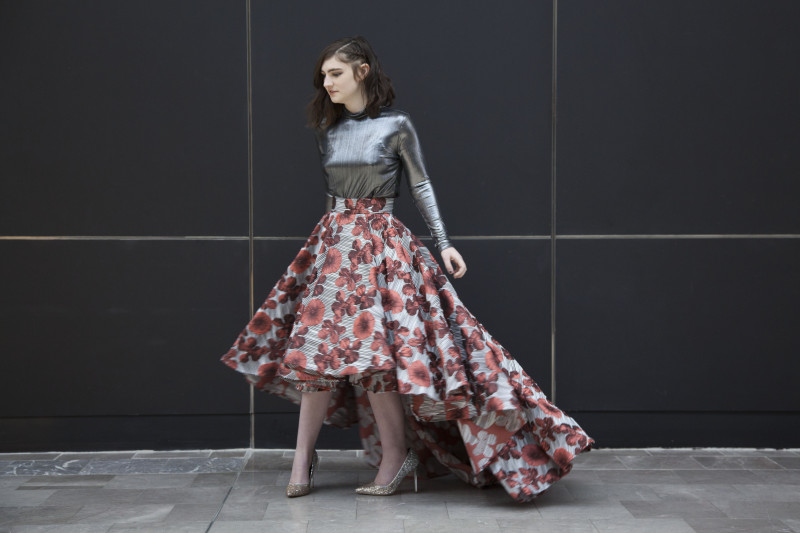 I’d love to hear where sewing has taken you! How did you get into it, and what are your favorite things to make? Let me know in the comments and be sure to post on Instagram this weekend with the tag #TellMoodYourStory18 for a chance to win a $500 gift card!

I started sewing with my grandma in the summers when I was 8-10. She showed me how to use patterns and what to do. In 7th grade, I took a sewing class in school and from there my mom started helping me. Now I make quilt and to this day my mom helps me when I get stuck. My latest project was a king size quilt. It took about a week to do the quilt top done. I still have to quilt it though but I absolutely LOVE it.

Love your story Courtney! Jackets are one of my favorite things to sew too.

Can you tell us more about the star lord jacket?

Certainly!! You can read my whole post on it here: https://www.moodfabrics.com/blog/mood-cosplay-free-gotg2-star-lord-jacket-pattern/

I’m a 69 year old retired teacher who gets a kick out of traveling, but can’t afford the really cool travel clothes online. Travelfashiongirl.com raves about AnotomieSkyler pants, but they don’t make them in A 16-18 size. I’d really like to know if Mood has a similar fabric so I can make my own. Encircled has some really clever cardi and dresses that also do not come in my size, but I know I could make them if only I had a pattern. Ex Officio has a skirt that changes into a dress, and, like the others, does not come in my size. Any chance you could design some similar travel clothes? You obviously have skills for really complicated jackets and costumes. These look like they’d be really easy,if only I had the skills!