Hollywood’s most celebrated stars and celebrities gathered on Sunday, January 7th for the 2018 Golden Globes. Many wore black on the red carpet this year, showing support for the #MeToo and #TimesUp movements, which aim to stand with victims of sexual assault all over the world and hold those in positions of power accountable. Regardless of the color of their clothes, celebrities were still dressed to the nines, kicking off the award season with a variety of trends and styles we’ve been seeing in the 2018 collections that have already come out.

Capes have been a common trend throughout the 2018 Resort and Spring seasons. In the Fade actress Diane Krugar showed off a stunning Prada gown with a sheer cape, encrusted with beaded trim. The ever-elegant Helen Mirren reminded us that age is just a number with a sophisticated, yet revealing, Zuhair Murad dress. Star and co-writer of Insecure Issa Rae coupled her cape with a leg slit in a beautiful Atelier Prabal Gurung gown. 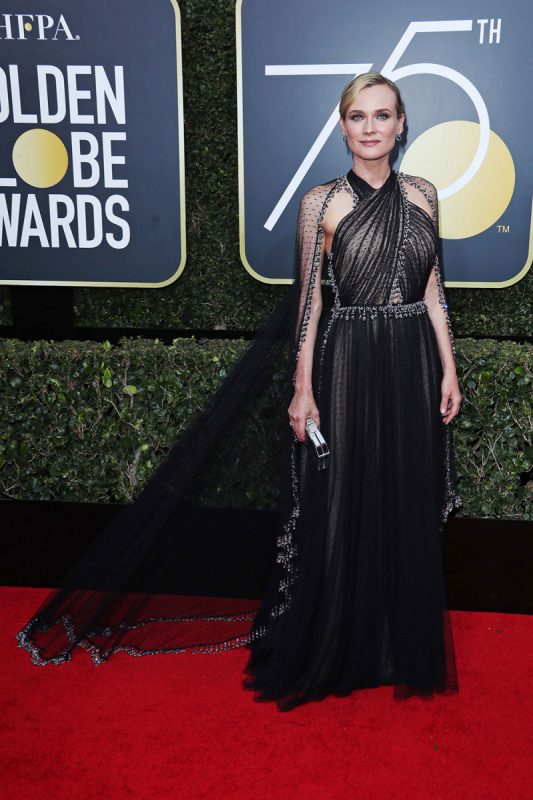 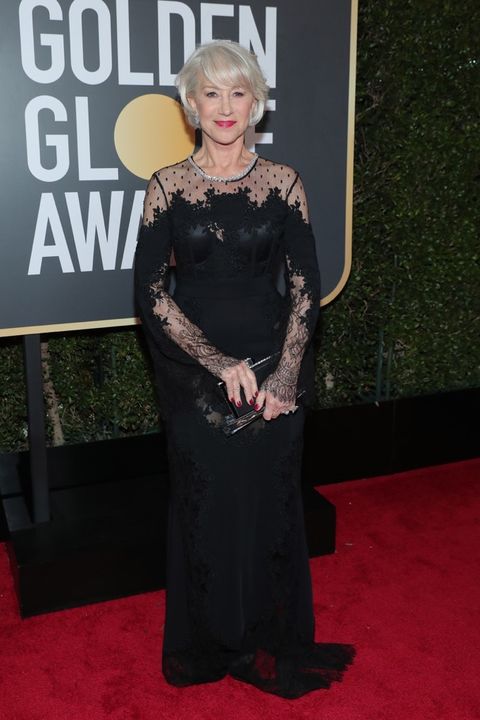 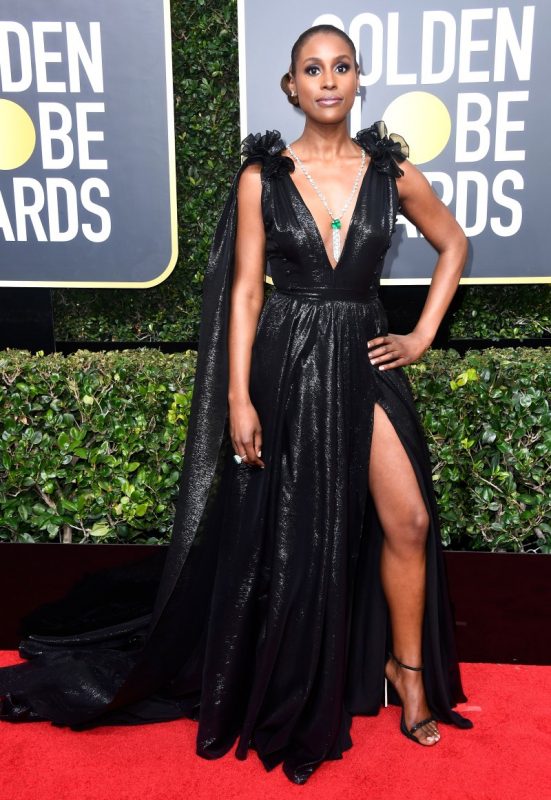 Go couture with these fabrics:

One-shoulder dresses walked off the runway and onto the red carpet at the 2018 Golden Globes. Mary J Blige, nominee for best supporting actress and award-winning R&B artist, shined in an Alberto Ferretti velvet gown with one sparkling contrast sleeve. The sheer trend was mixed with one-shoulder gowns in Rachel Brosnahan’s Vionnet gown, and America’s sweetheart Reese Witherspoon looked sophisticated in a beautiful Zac Posen design. 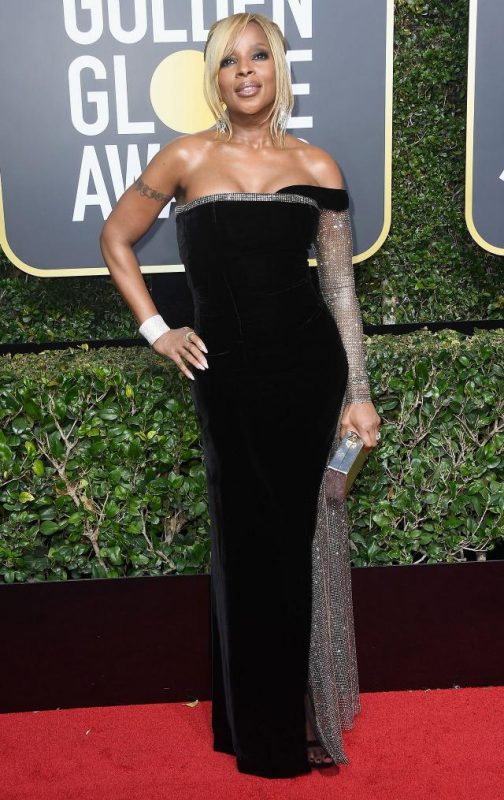 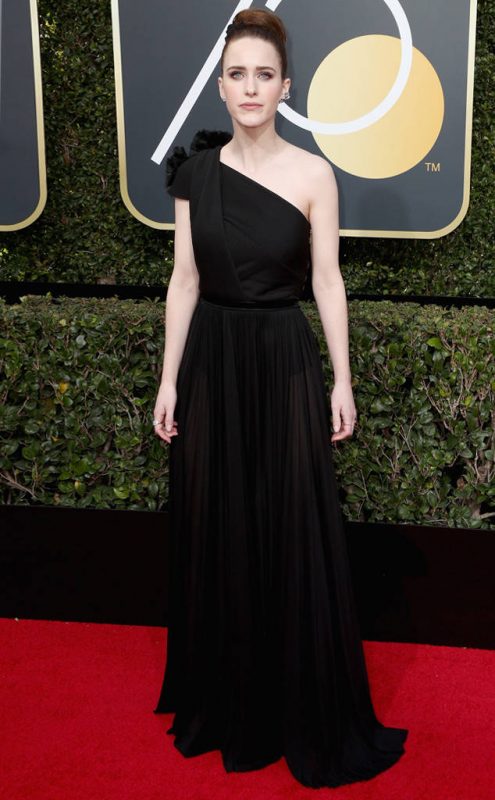 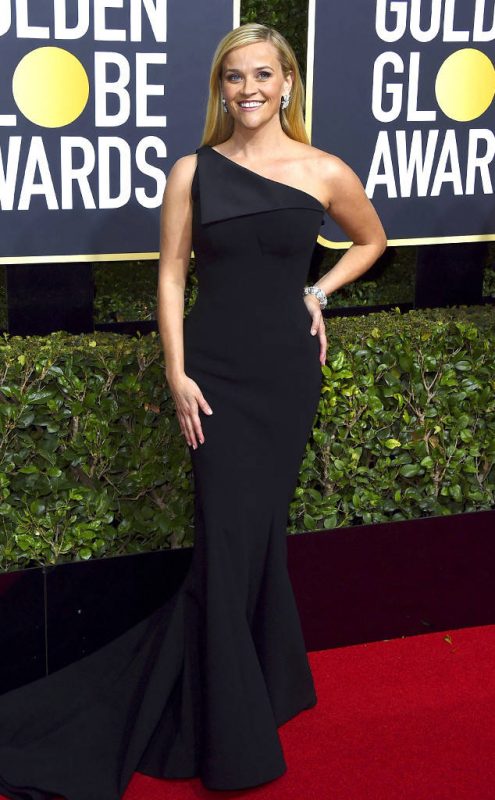 Give the cold shoulder with these fabrics:

Stars shined at the 2018 Golden Globes, adorning sequins to their gowns and tuxes. Dave Franco, supporting star of The Disaster Artist, rocked a Saint Laurent blazer that featured a sequin lapel. Kerry Washington, star of the hit show Scandal, showed off her legs in a sequined gown, and Yvonne Strahovski, best known for her role in Hulu’s The Handmaid’s Tale, wore a simple sequined gown, letting the fabric take center stage. 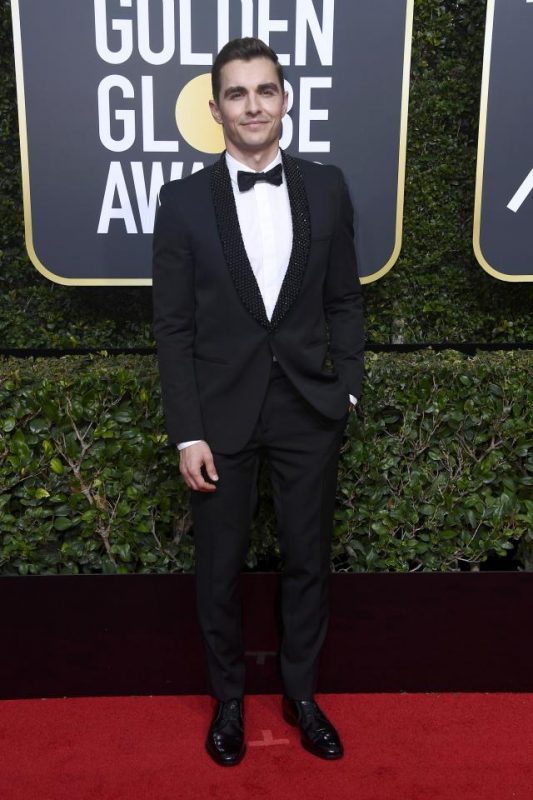 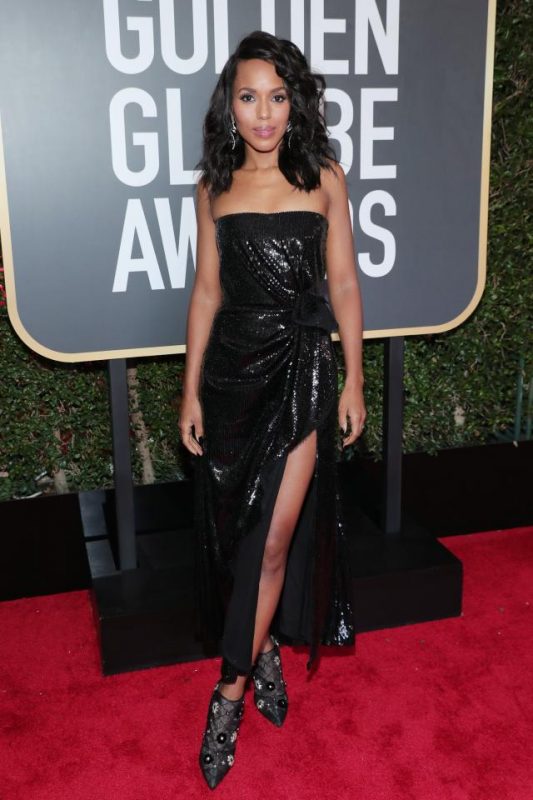 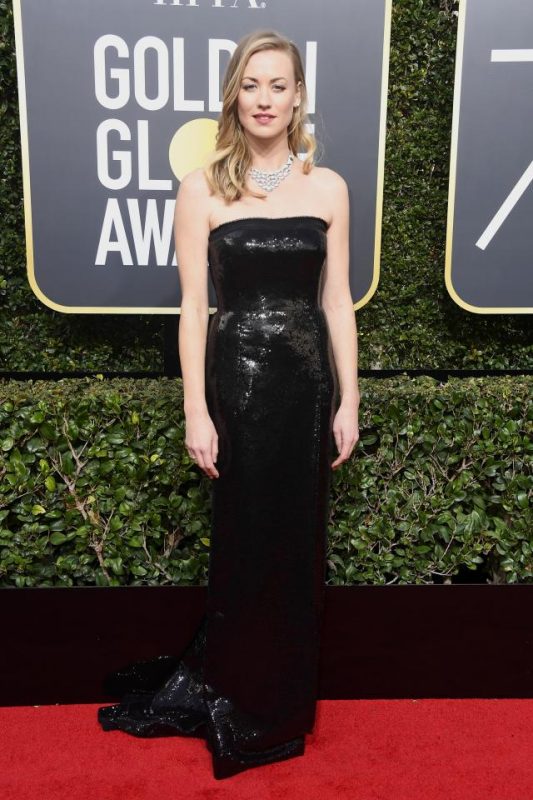 The fabric of the year, velvet was very popular in the Spring and Resort collections for 2018, and made quite the appearance at the Golden Globes. Aziz Ansari, writer and star of Netflix’s Master of None, wore an Ermenegildo Zegna Couture blazer, while Dakota Johnson of 50 Shades of Grey wore a simple Gucci gown with a show stopping train. But, Oprah, of Oprah and The Oprah Magazine and Oprah Book Club and, well, it’s Oprah, you know who Oprah is, clearly won best dressed with a custom-made Atelier Versace gown. 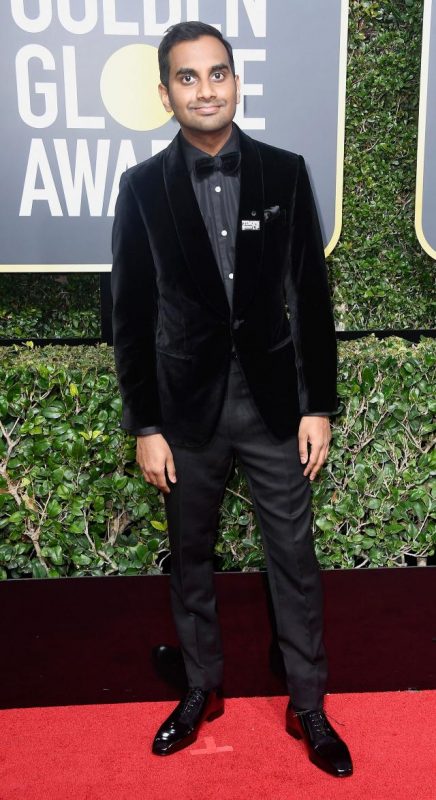 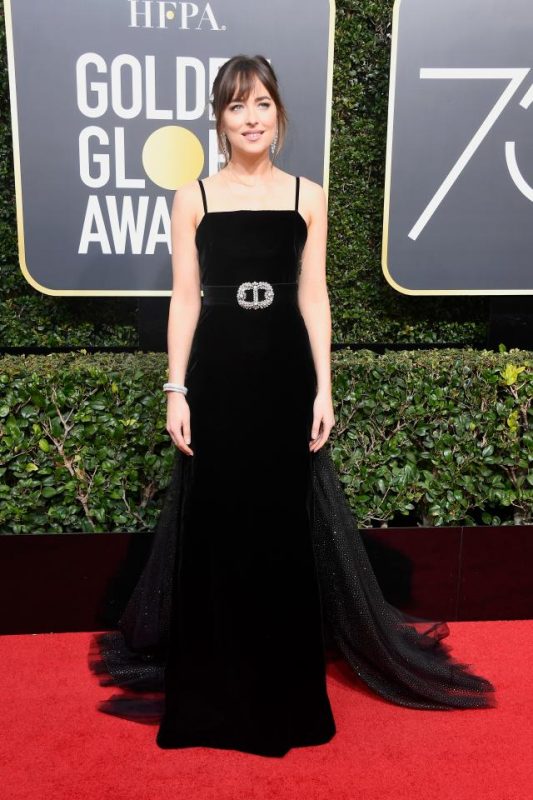 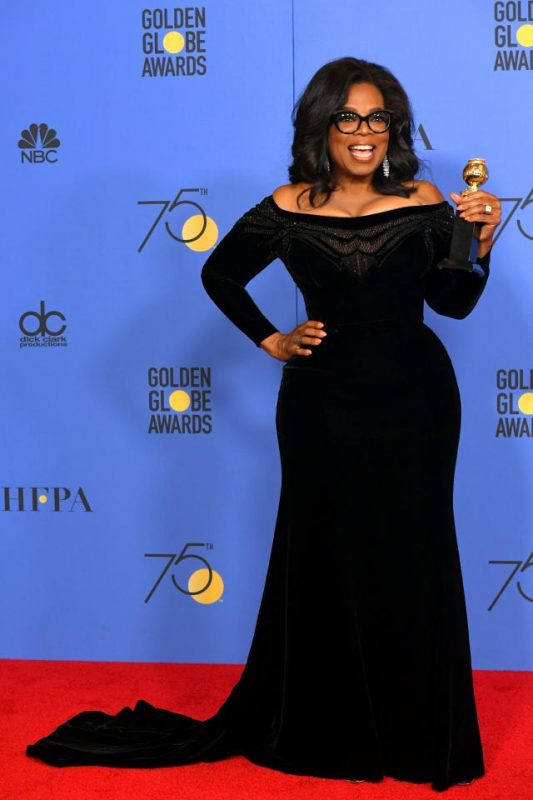 Live in the lap of luxury with these fabrics:

Tailored pants and suiting on women were very popular at the Golden Globes this season. Mad Men star Christina Hendricks decided to blend suits and gowns with a chic Christian Siriano number, while Claire Foy of The Crown chose a Stella McCartney suit with no blouse underneath. Lena Waithe, writer of The Chi, wore a shining and sophisticated suit by Alba. 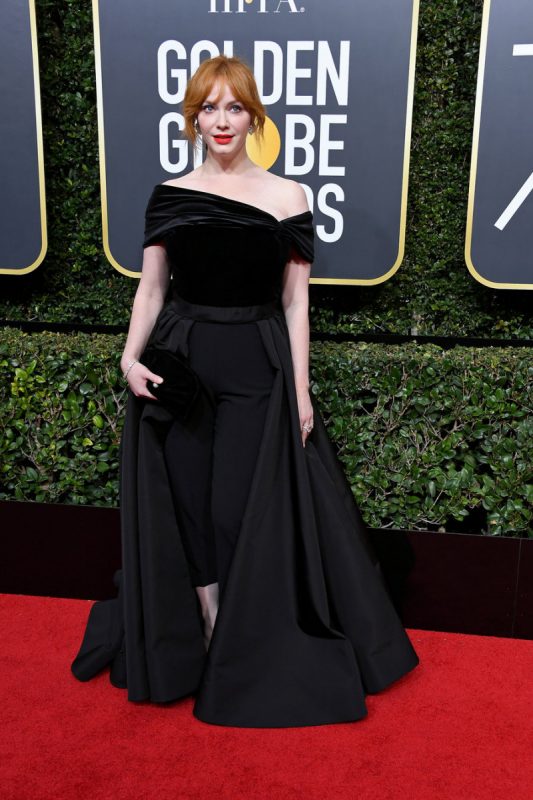 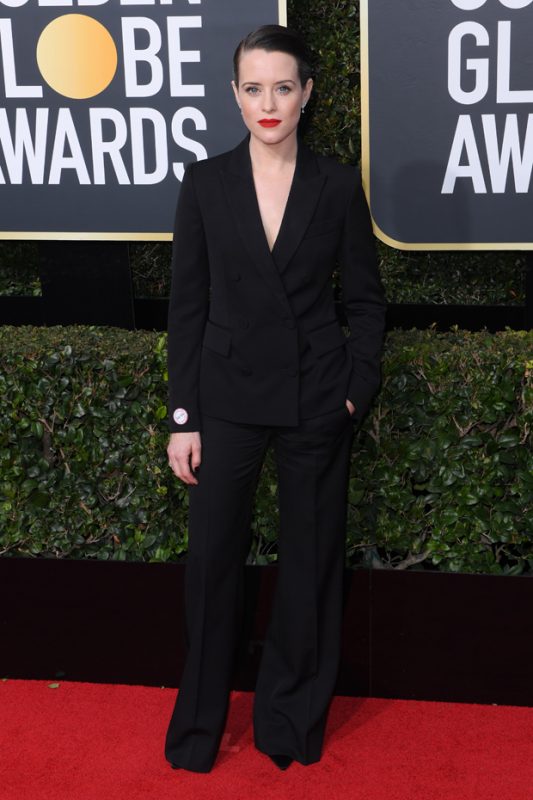 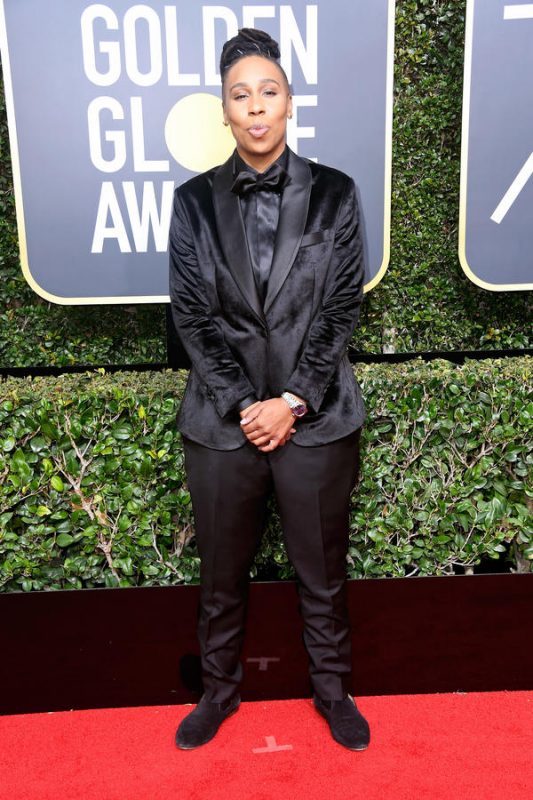 Shock with these suitings:

I cannot get enough of Oprah’s Versace dress, although I do love Lena Waithe’s suit. Who do you think were the best and worst dressed of the 2018 Golden Globes? Let me know in the comments!

About Placement Prints and How to Sew...