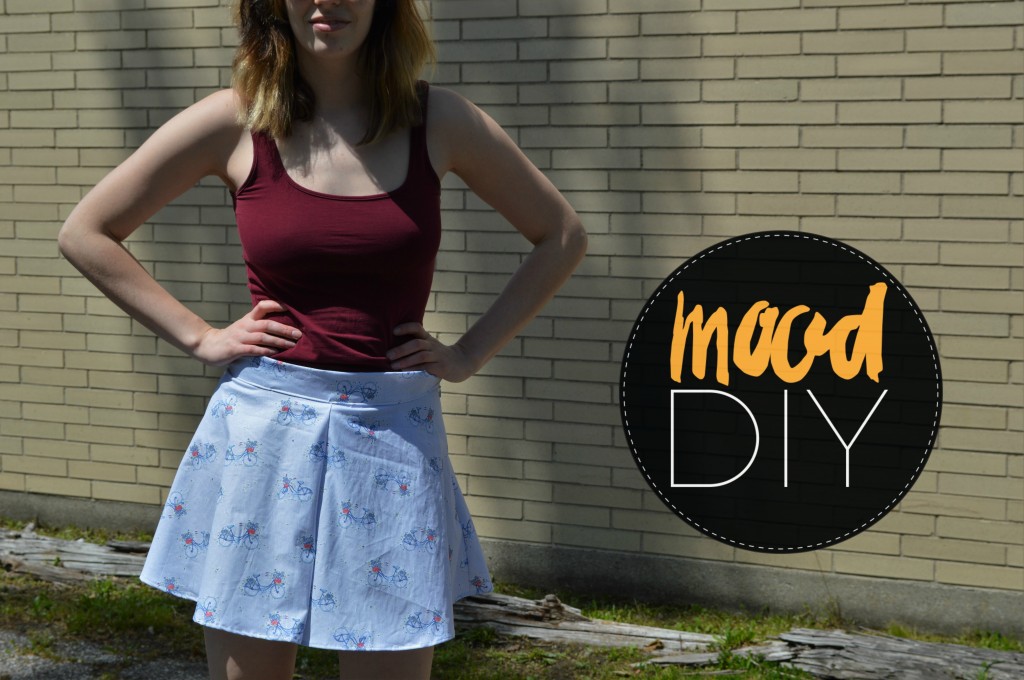 However, if you love skirts, this can pose a problem. The solution? Cullotes!

These brilliant bottoms look like a four-paneled circle skirt, but in actuality, the front seam is a box pleat that hides shorts! They’re one of my favorite things to make, so when Mood got this perfect bicycle printed cotton poplin, I snatched up a yard and a half. 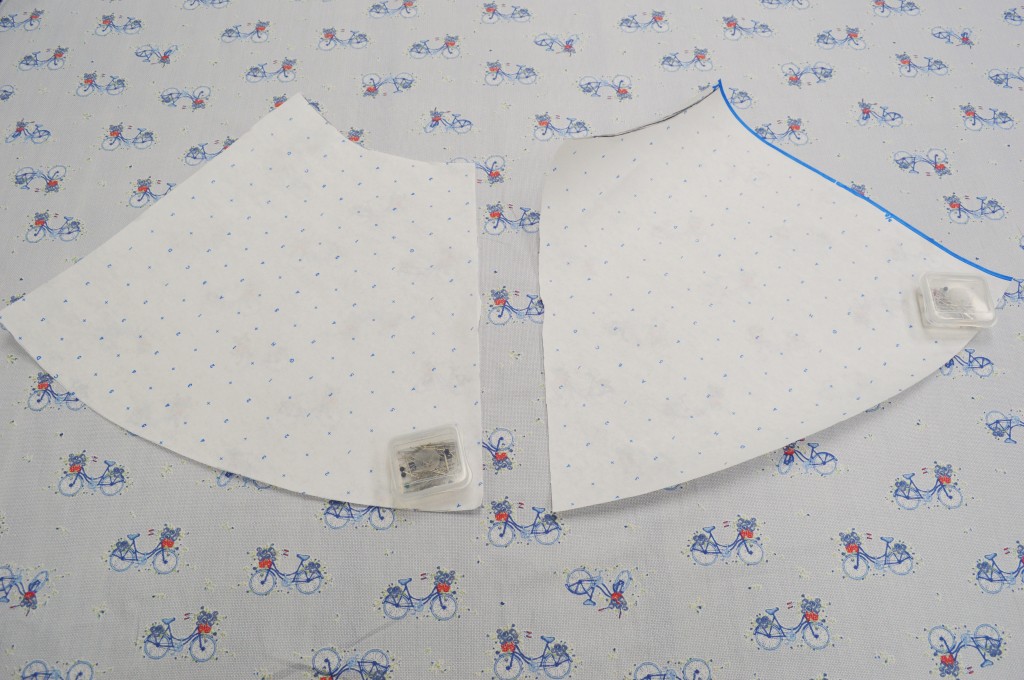 Drafting a pattern for culottes is incredibly easy. I began with a half circle skirt, and split it in two. To hide the the shorts panels, there’s a big box pleat at the front and center seams of the garment. So in addition to adding the front and back rises for the crotch point, I also added a few inches to the side of the skirt pattern. 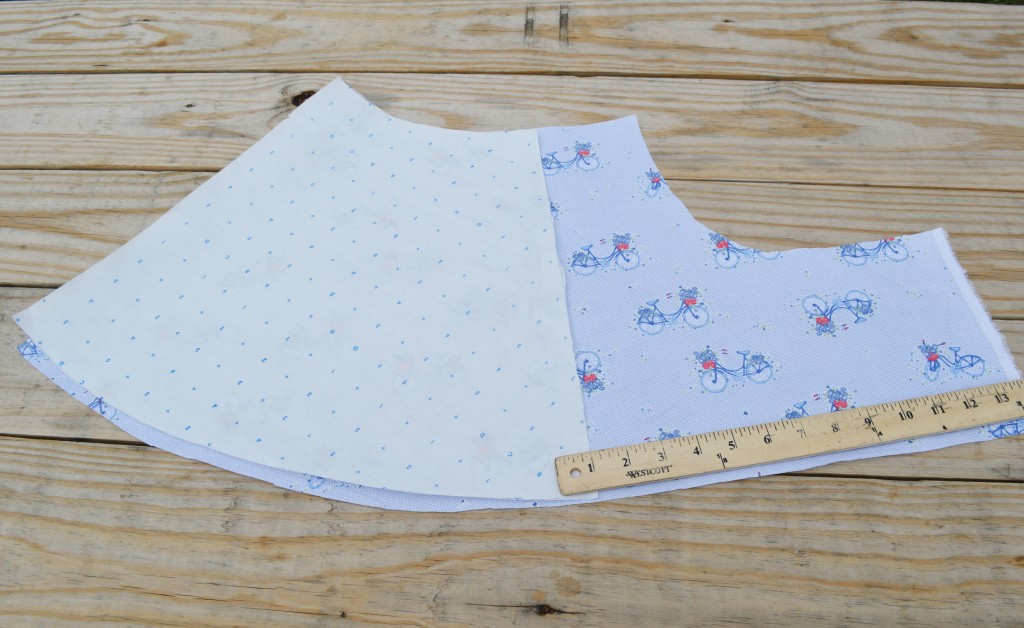 The more you add, the fuller the shorts will be, so I found that adding about 4″ for the pleat worked the best. There’s enough for the shorts to still be flowy, without there being too much fabric bulk. 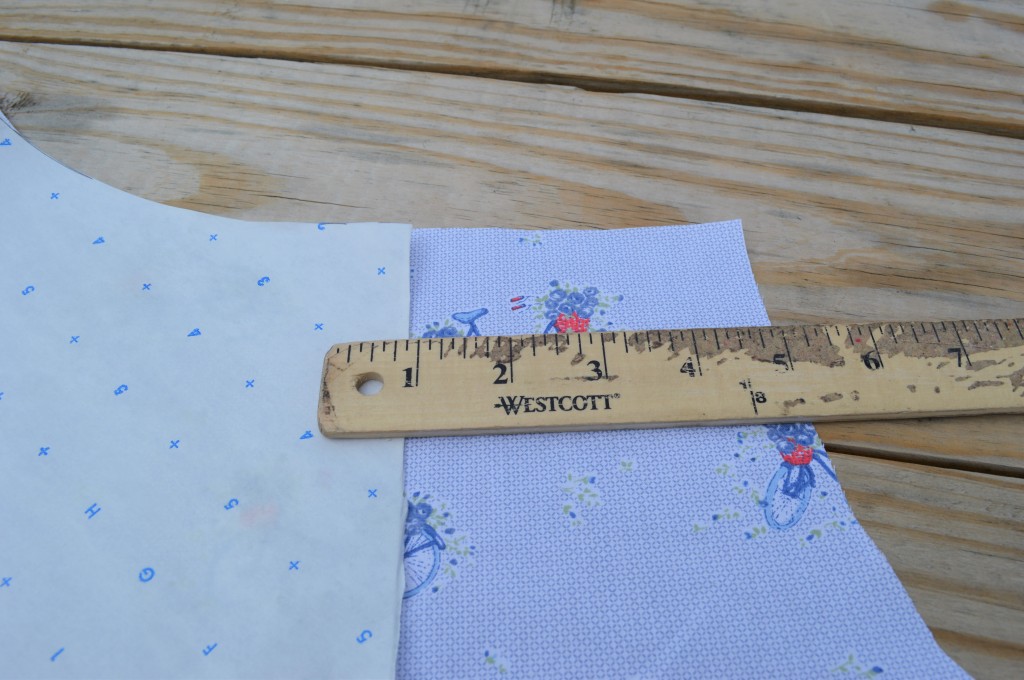 The front rise for most bottoms tend to be smaller than the back, since the the back needs to go over your butt, so the front panels are both about 1.5″ shorter than the rear panels, as you can see below. 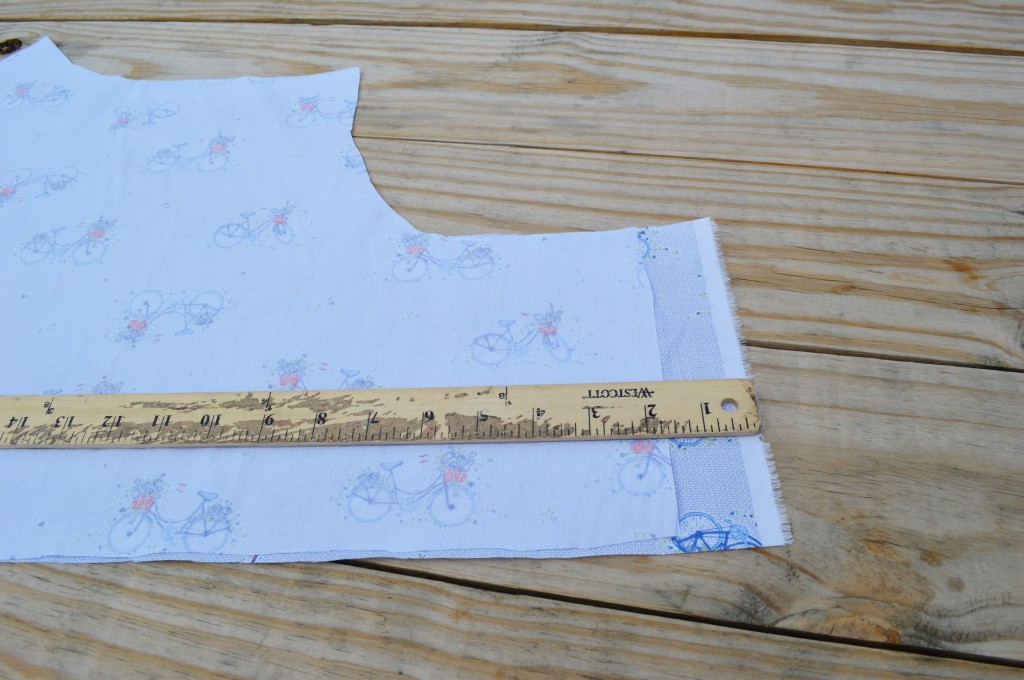 The first thing I sewed after cutting out the fabric was the invisible zipper. It’s much easier to do with an invisible zipper foot, and attaching it before any of the legs were sewn together was a breeze. Plus, you’ll see later that I added a waistband with a button, so I didn’t need to worry about including it while sewing the zipper into the side of the shorts. 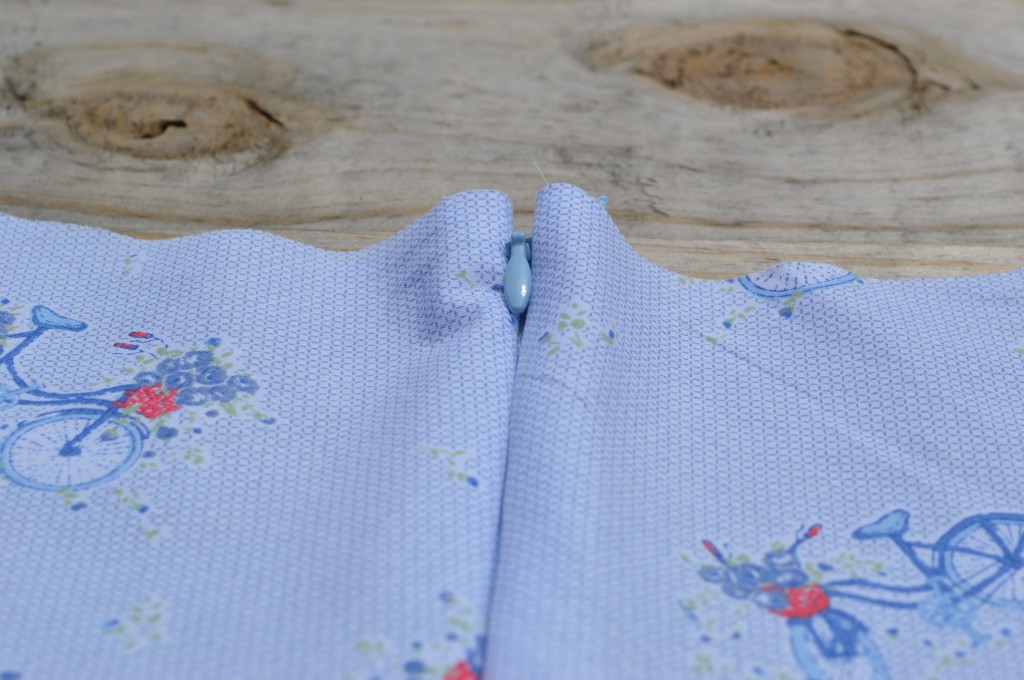 Once the sides and the center seams were sewn, it was time for the pleat. I put a dotted line below where I straight-stitched. This one fell 3.5″ from the seam of the rise and stopped in line with the bottom of the center seam. 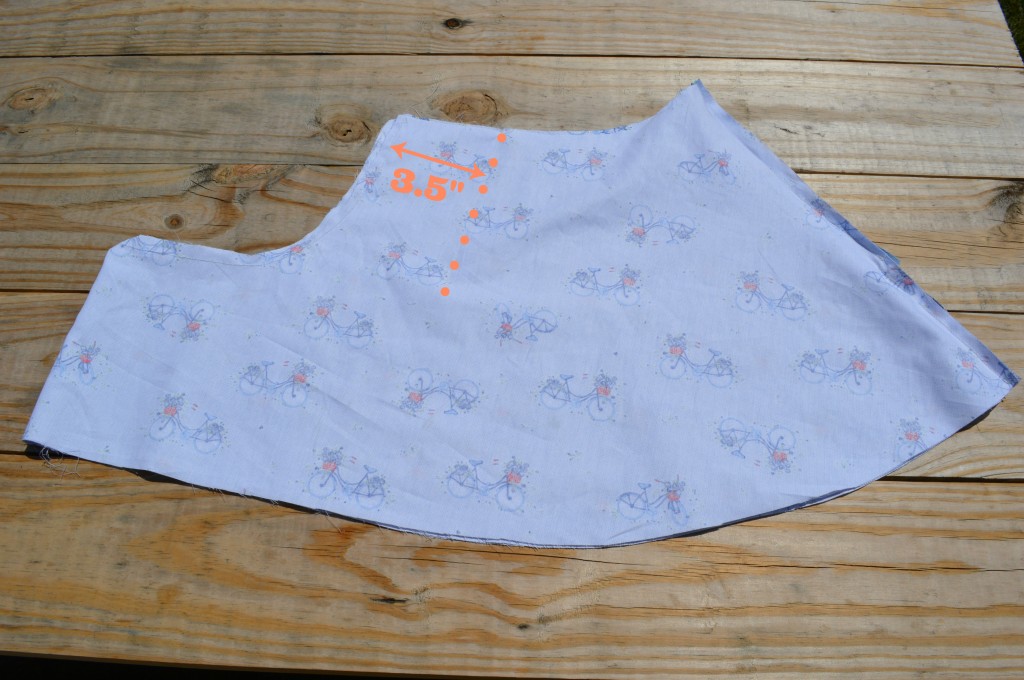 I finished the bottom with a simple rolled hem and topped the shorts off with a waistband, which secures with a button I found in one of Mood’s Bag o’ Buttons. 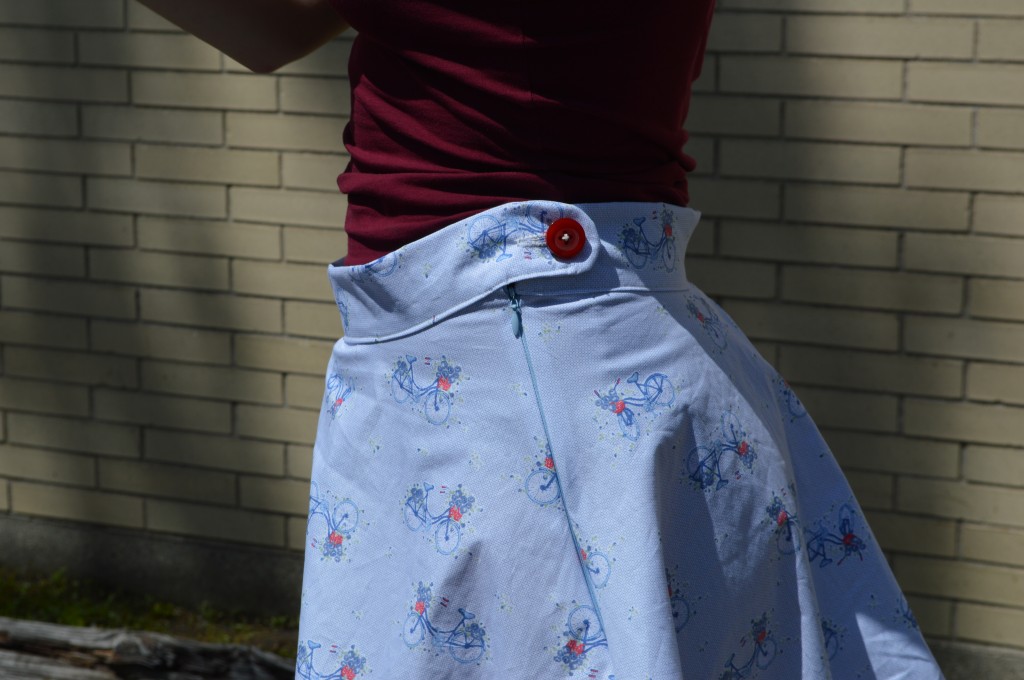 Overall, I think they came out super cute! I may need to tighten the waistband a bit, but ultimately they’re comfortable, and perfect for a day when you want the adorable look of a skirt while still being able to go for a bike ride! 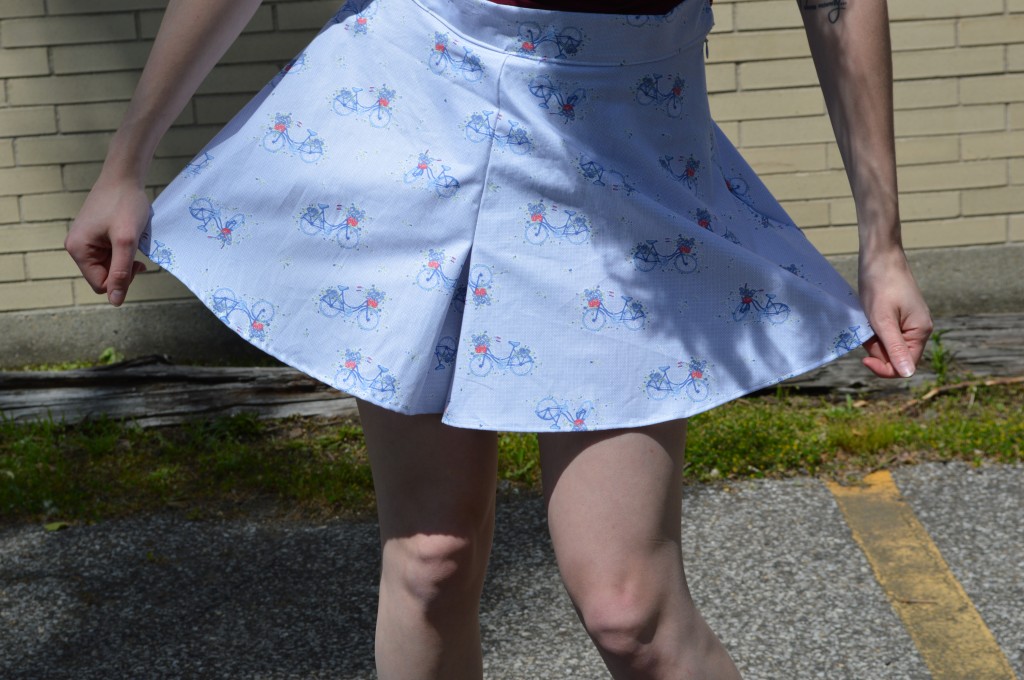 Plus, they’re great for rollerblading! 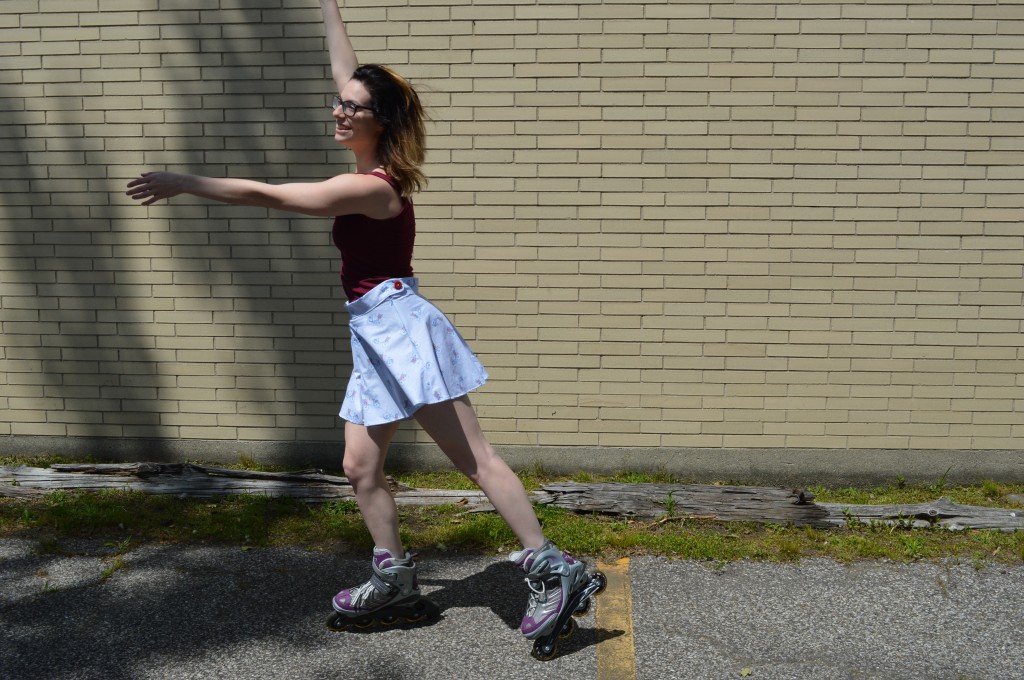 […] you noticed a trend with the last couple blog posts? It’s bikes! Tomorrow is National Bike to Work Day, and we’re not just celebrating […]

Liberty of London: An Inside Look at...

How to Draft a Pant Sloper

Starting Your Business During Downtime