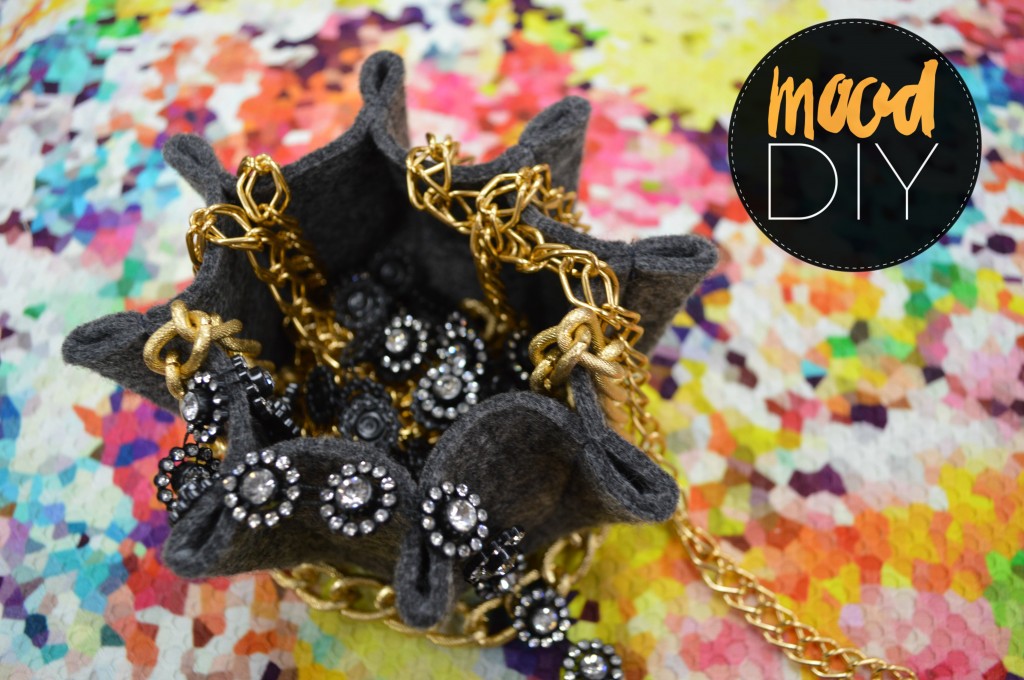 I made a felt rose petal bowl a few weeks ago, and it’s one of the most convenient additions to my dresser ever. It can hold jewelry, pens, clips, and essentially any other little things that float around my room without a home. Since I had some extra felt leftover, I decided to try my hand at another bowl! 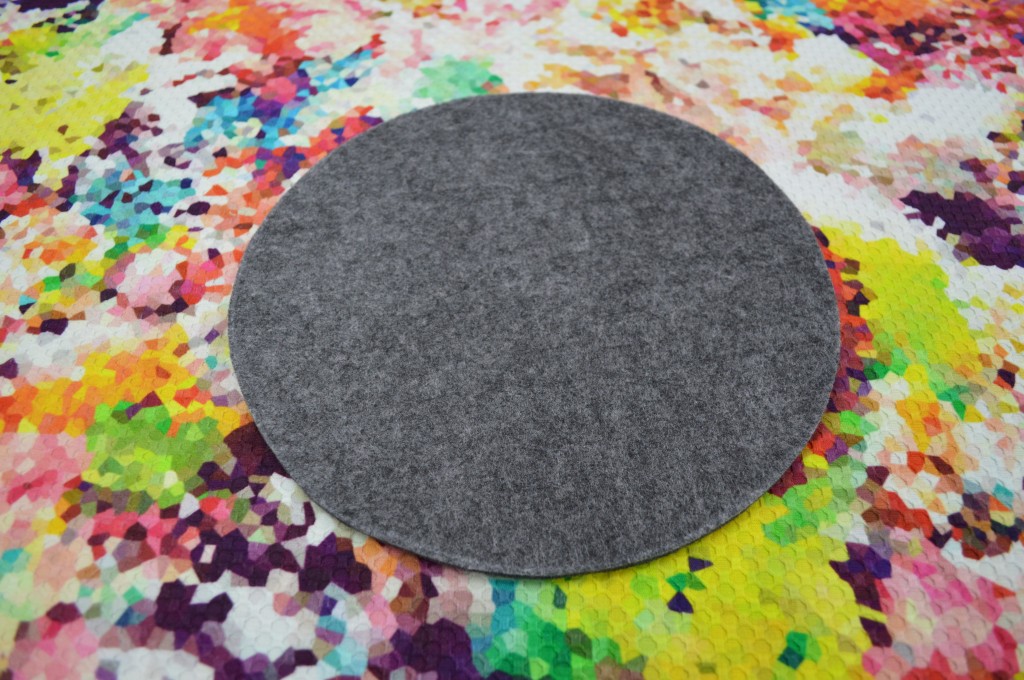 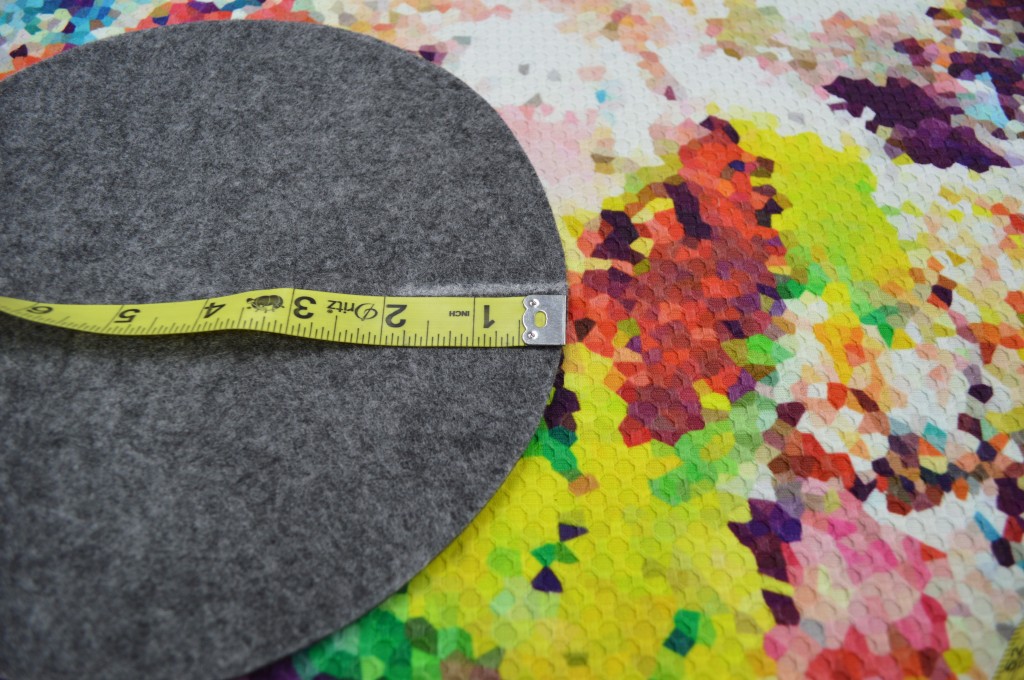 On what would become the inside of the bowl, I drew 8 lines around the outside, each measuring in at 2″. 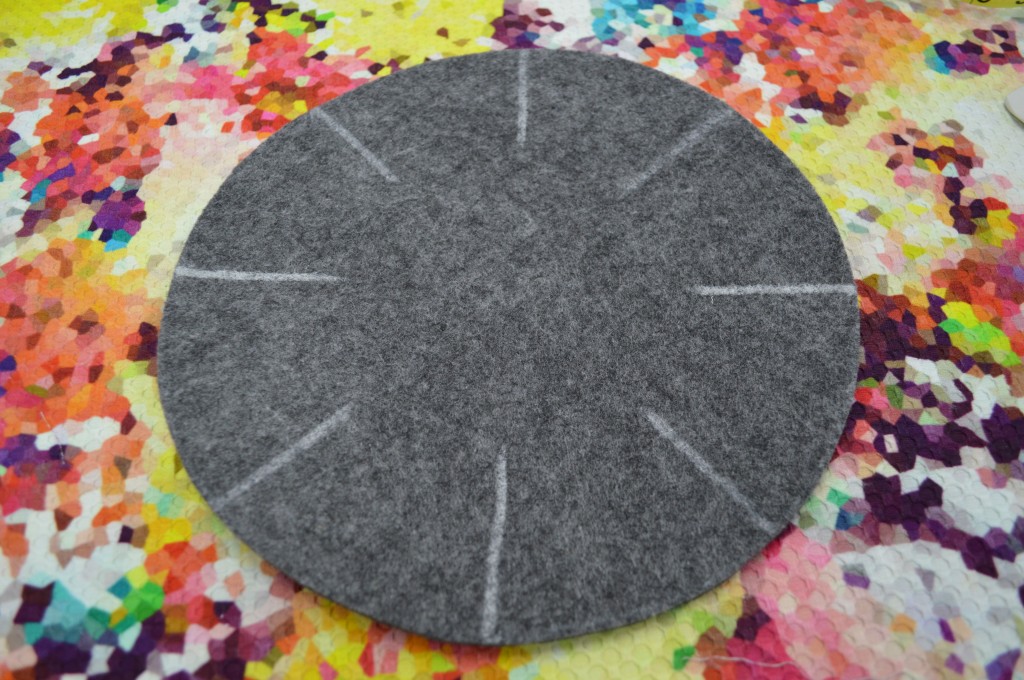 I drew a diagonal on both sides of each line, beginning about 1″ away toward the outside of the circle and ending on the line toward the middle of a circle. Like the photo below, this should create a small triangle. 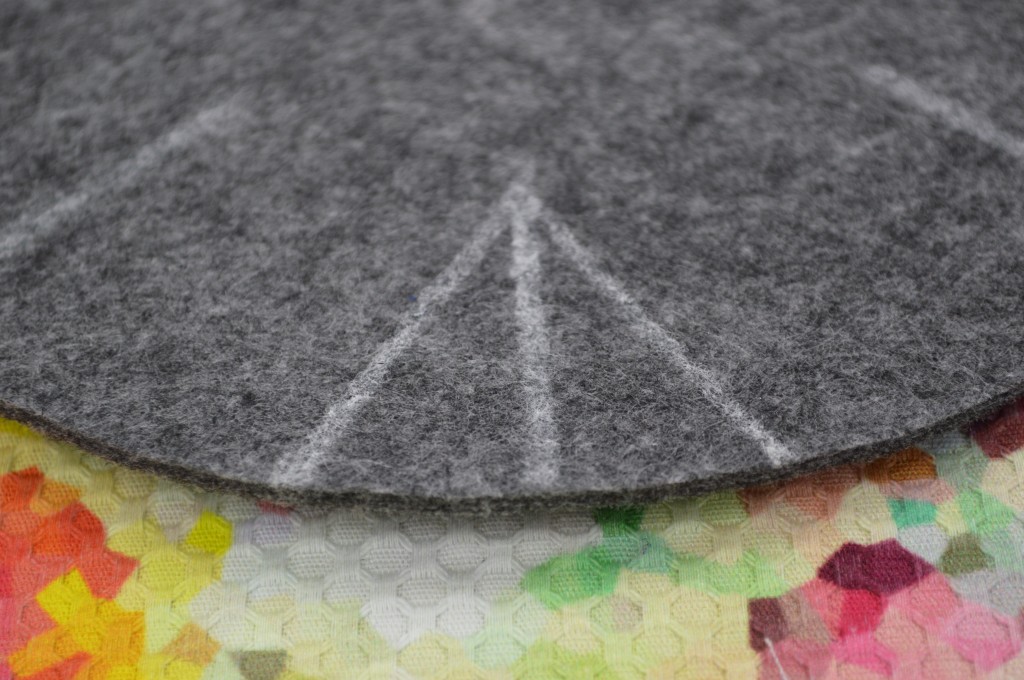 The last step was to fold the felt, matching up the lines of each triangle. From there, I simply sewed down about 1.5″ right where the triangles were, and voila: I had a bowl! 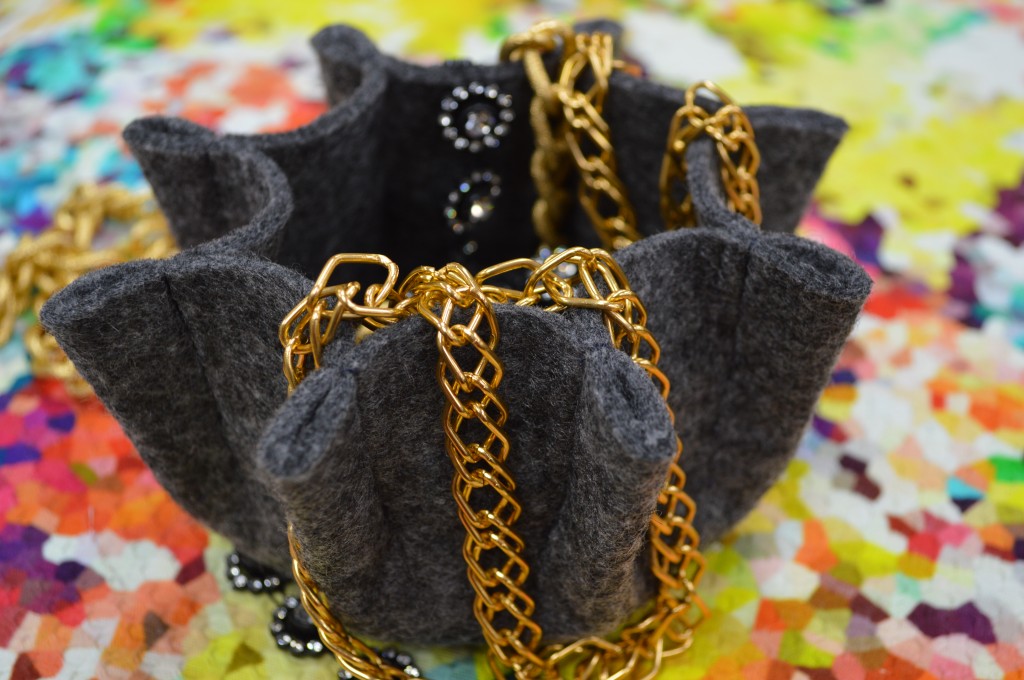 They’re so cute and simple to make! Plus, super easy to alter. I’m thinking about a longer one to place my glasses in , and a more shallow one for car keys. How adorable would that be? 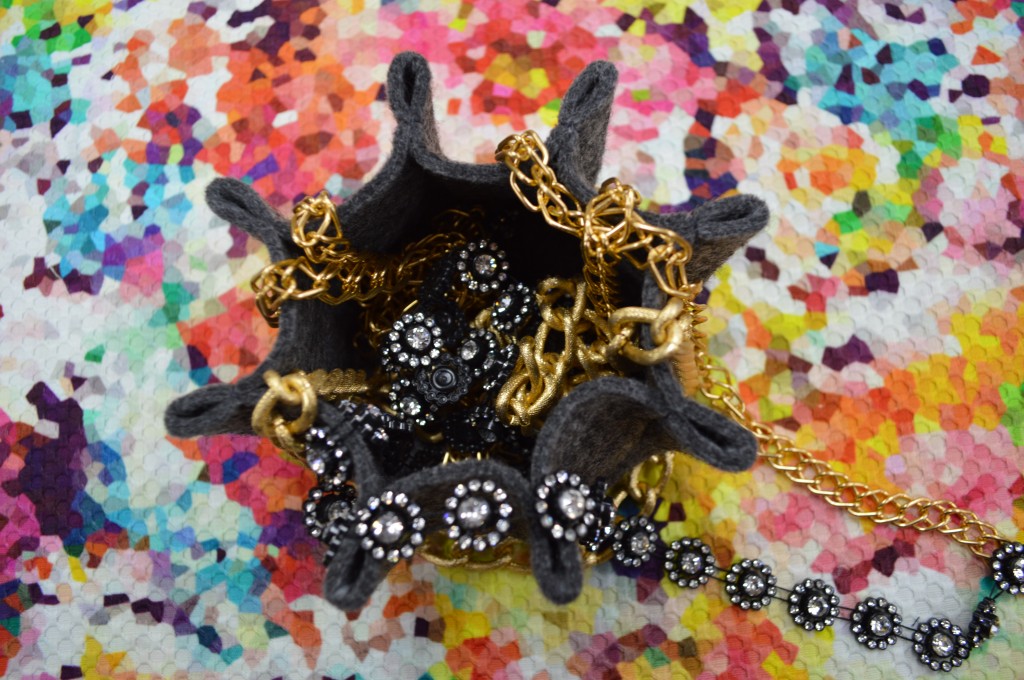 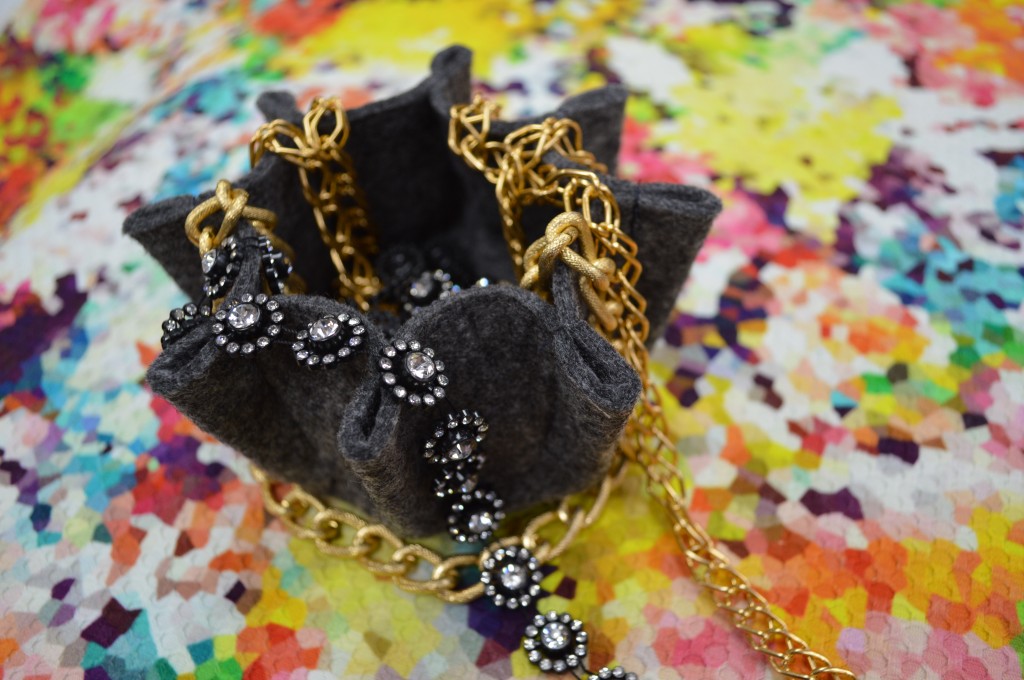 Get The Look ~ Posh Palazzo Pants