I’ve always been a fan of fabric manipulation, but even the basic stuff seemed really intimidating. Still, I decided to play around with some simple smocking for a pillow, and I was surprised by how quick and easy it was. And the final result is absolutely beautiful! 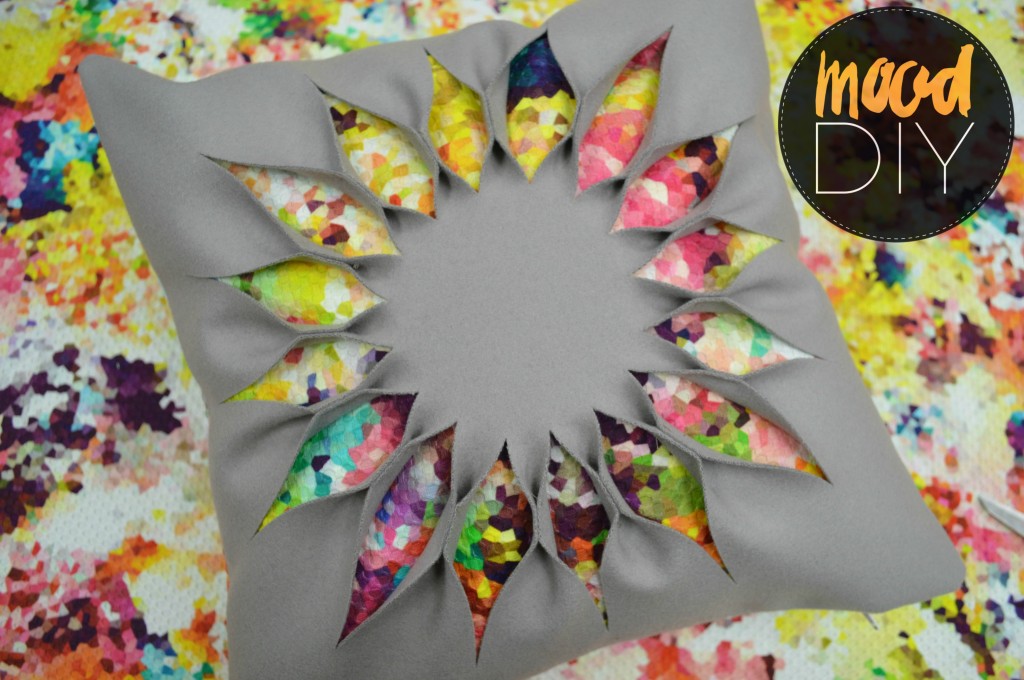 As with most pillows, the first step was cutting out fabric squares. This one called for two 16″ pieces of cotton, and one of the wool. Another option would be two cuts of wool, but I decided to use the cotton as a colorful back panel, as well as the peek-a-boo flower. 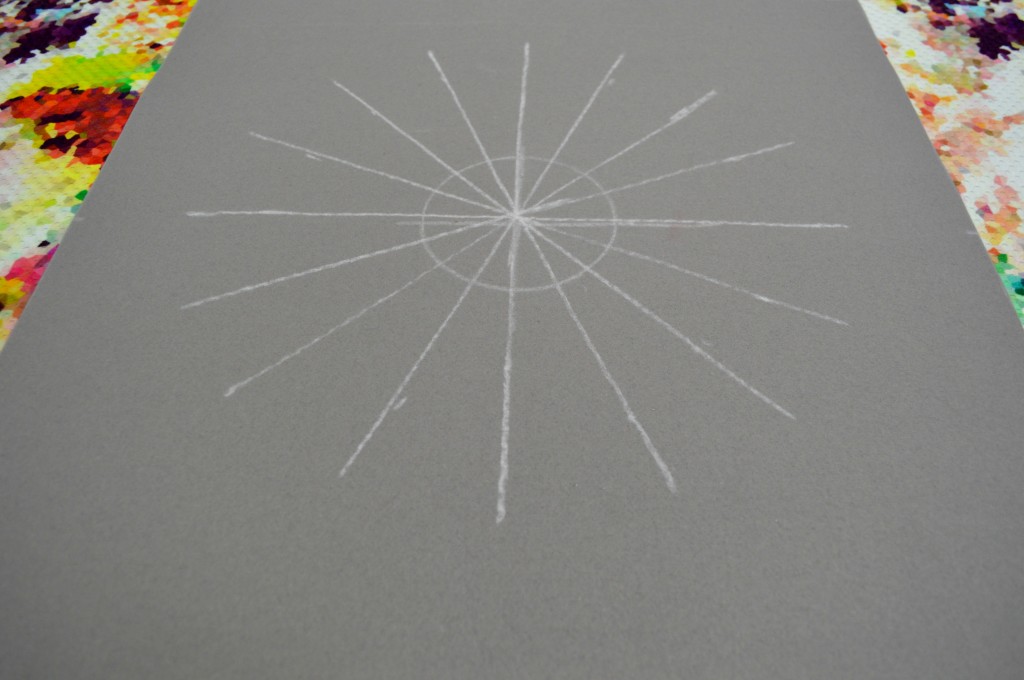 In the center of the wrong side of the wool panel, I drew a small circle, measuring at about 3.75″. Then I added lines that essentially cut that circle into slices, extending them about 6″ past the edge, as you can see in the photo above. 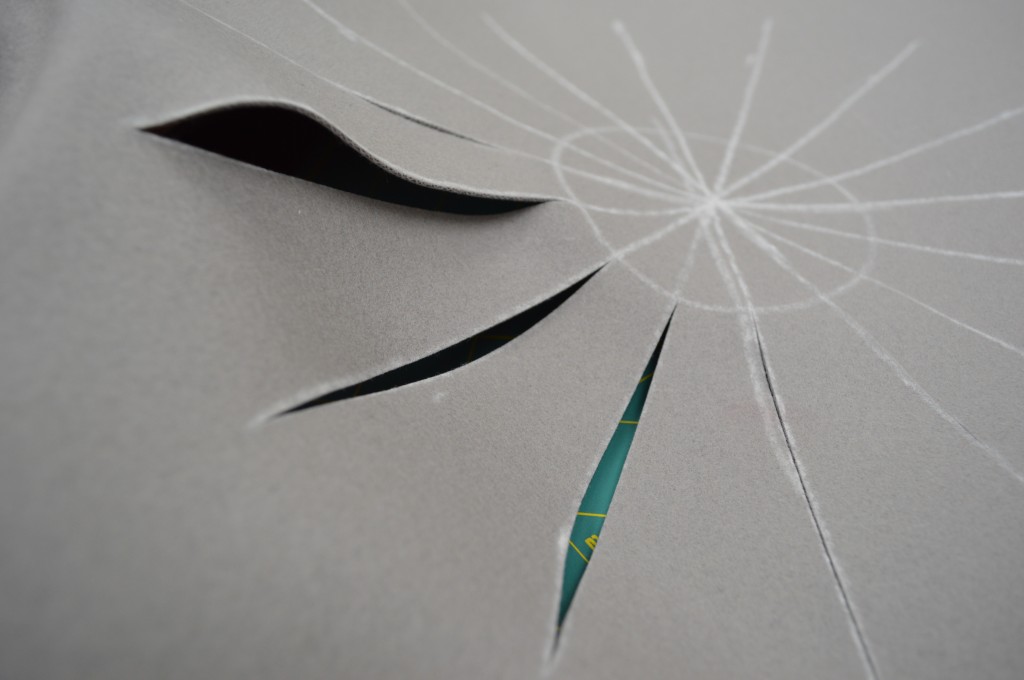 I used a rotary cutter to slice cleanly along the chalk lines, up to the outside of the circle. Pinning and sewing the petals together proved much simpler that I expected. I flipped and gathered the wool, like the picture below, placed two pins 1″ apart in each petal, and sewed between them. I was done in ten minutes! 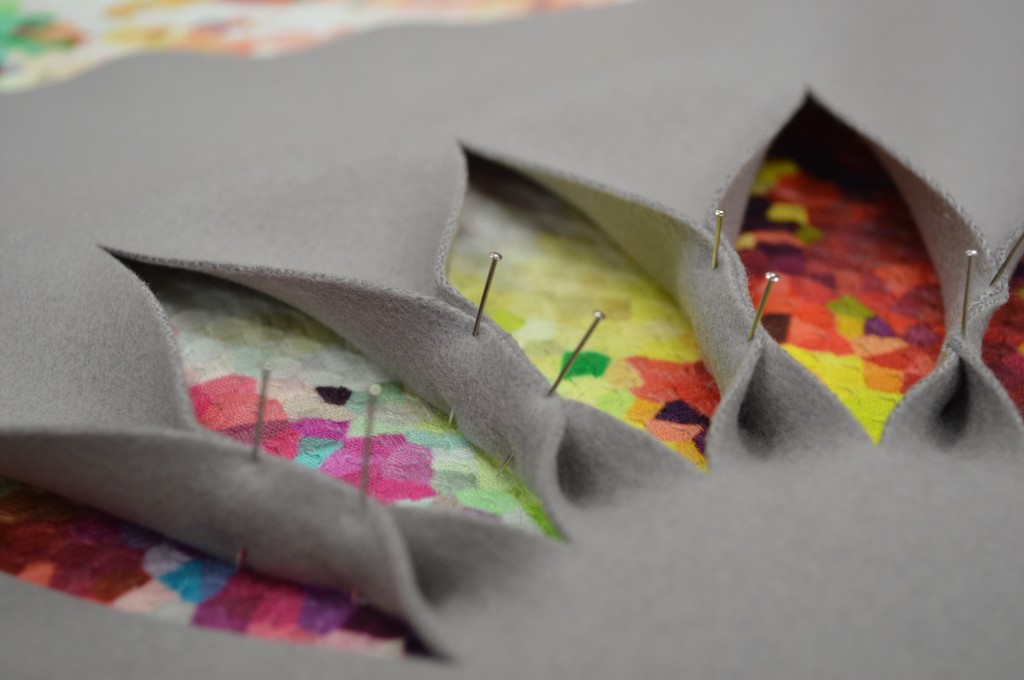 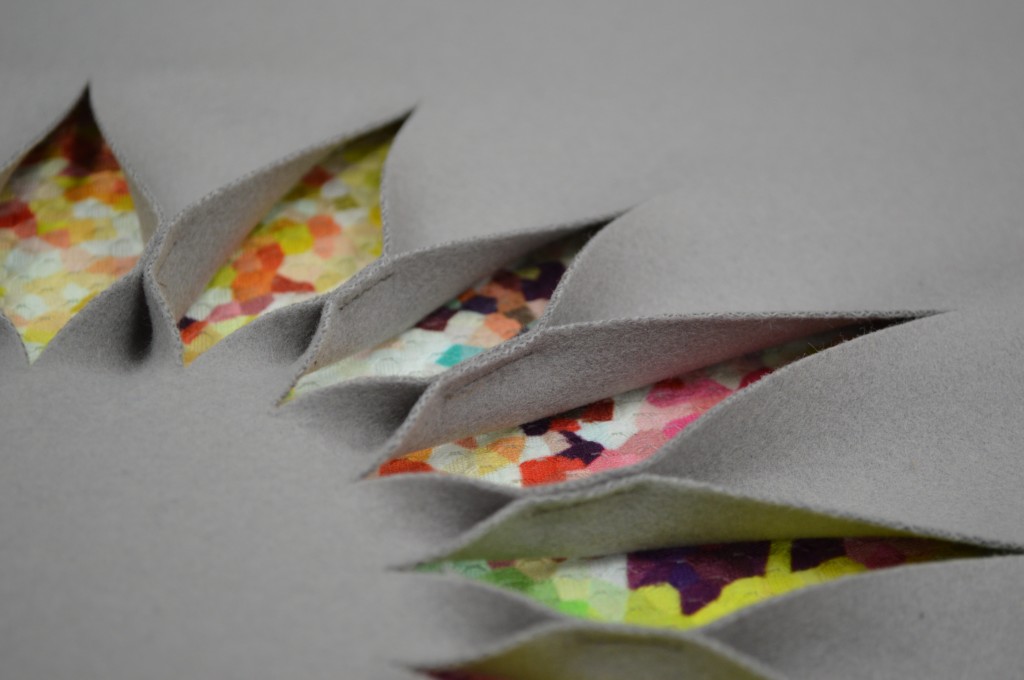 After that, it just became a simple pillow job again; placing right sides together and sewing around the outside. Rather than sewing the final side closed, I added an invisible zipper, in case I ever wanted to wash or spot clean the case.

Now I have a cute and colorful new pillow, and a teeny tiny bit of experience in fabric manipulation. Here’s to trying new things! 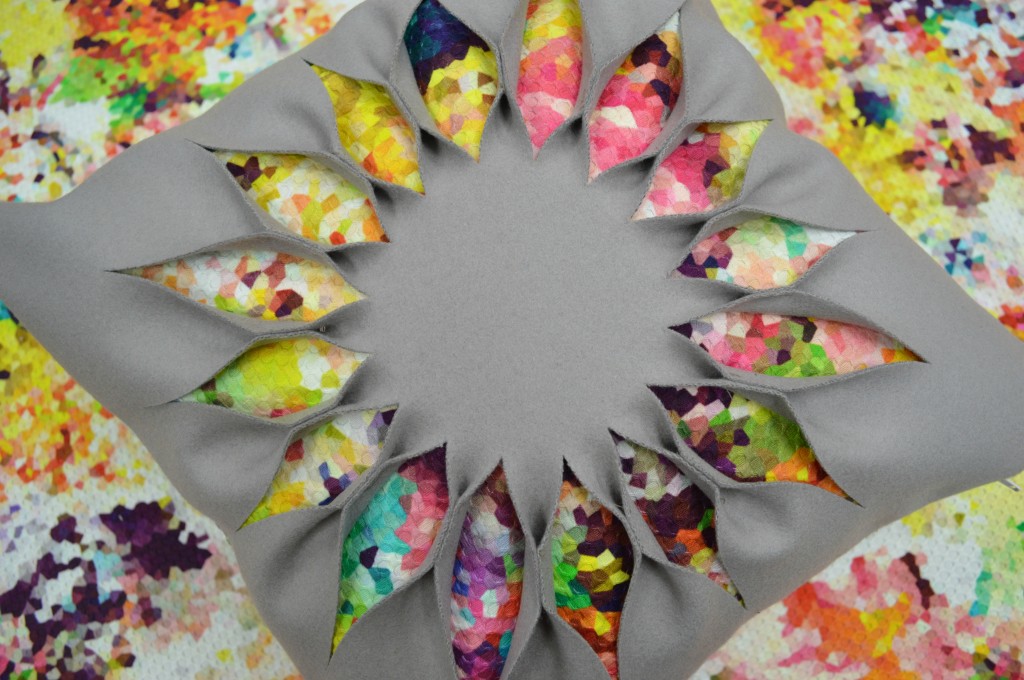 OOO! I love this! Add this to my afternoon sewing time today!

I must make this pillow, never seen anything like this, it will be purple and gold, thank u.

So beautiful! It’s one of those “how’d she do it”! Can’t wait to try this.