Mood DIY: How to Sew a Watermelon Purse 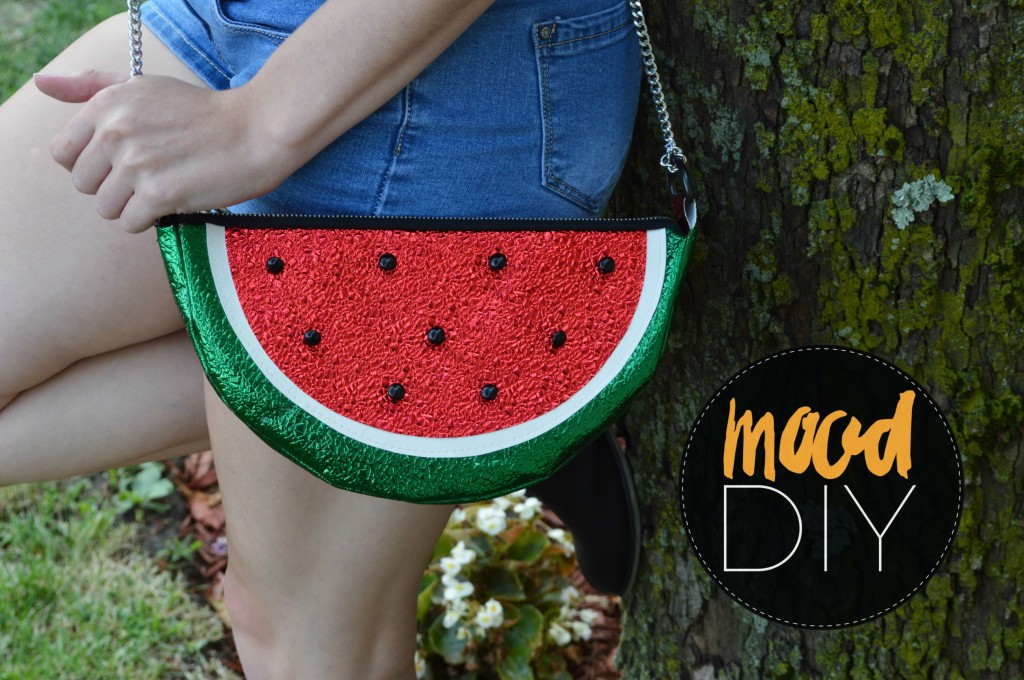 Fruit prints and accessories have been one of the cutest trends this summer, so today I made the shiniest watermelon purse on Earth. I love it. 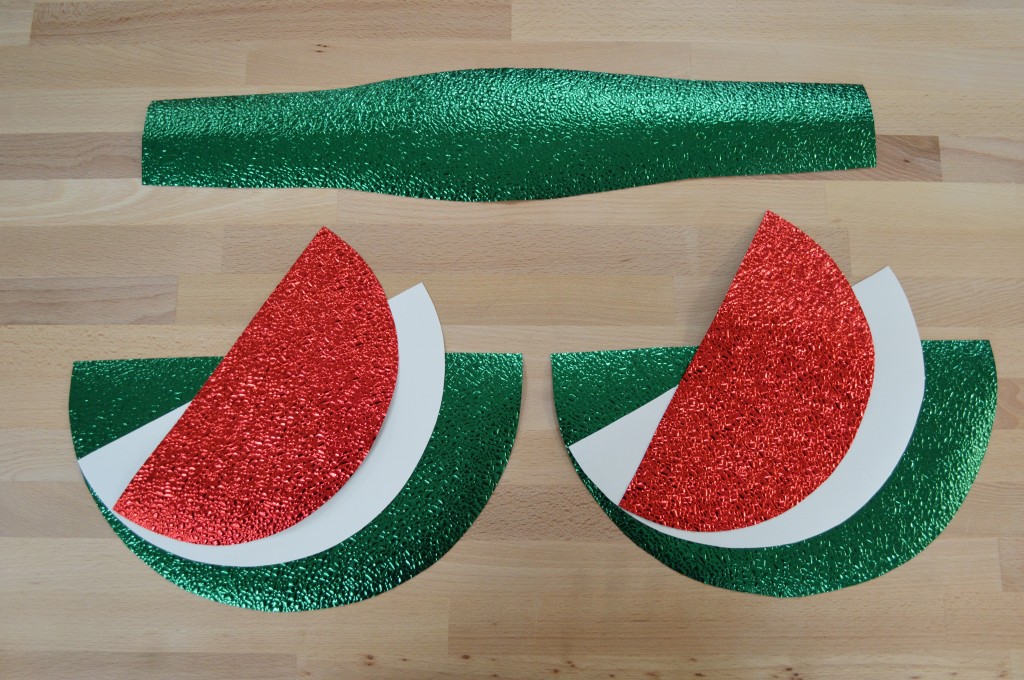 The first thing I did was cut 2 semi-circles from each color of vinyl, with the following dimesions: 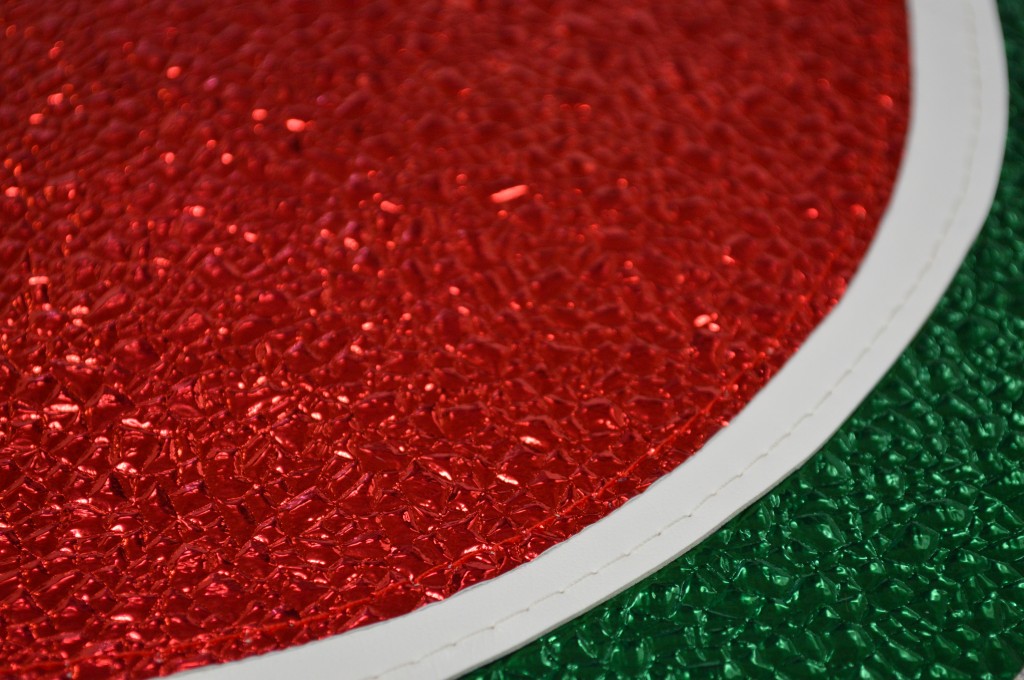 Once all the pieces were cut, I had to create the front and back panels of the purse, which meant making it look like a watermelon! The white semi-circle was top-stitched onto the green, followed by the red. One of the best things about these vinyls was the ease with which they went through the sewing machine. 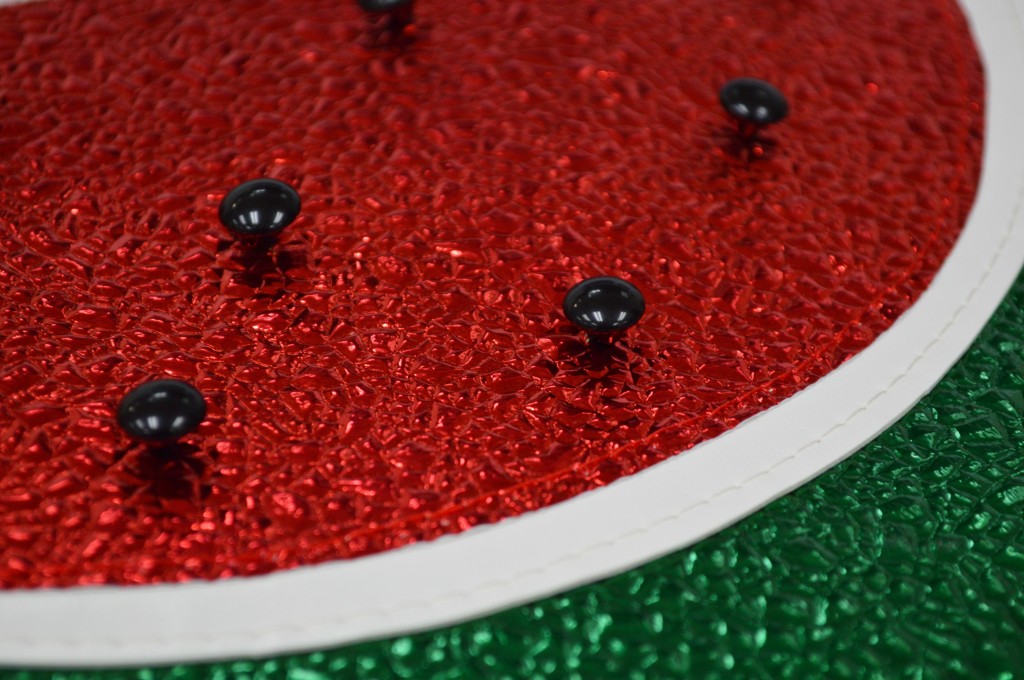 For the seeds, I sewed 9 shank buttons in an evenly spaced pyramid pattern – 4 across the top, then 3 and 2 respectively. I chose to keep them just on the front panel, since the other one would constantly be bouncing against my leg while I walk anyway. No sense in wasting buttons! 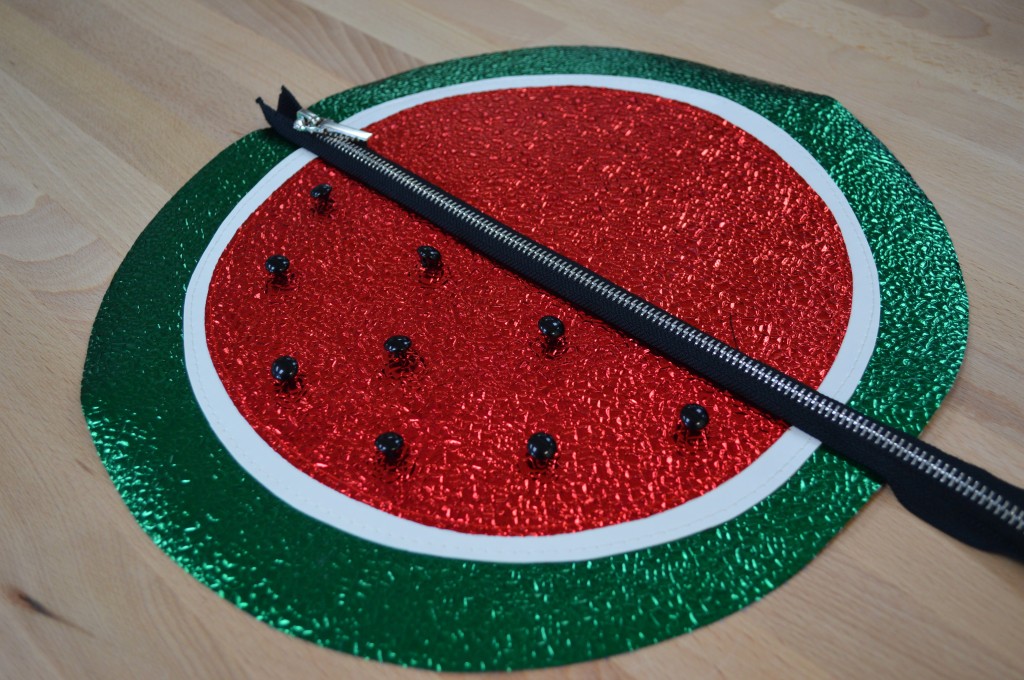 Before adding the base, I attached the two panels to the zipper. Since I used a fairly long one, I shortened it about three inches from the vinyl and sewed a little cotton tag on the end so it wouldn’t come apart or scratch anything in my purse. 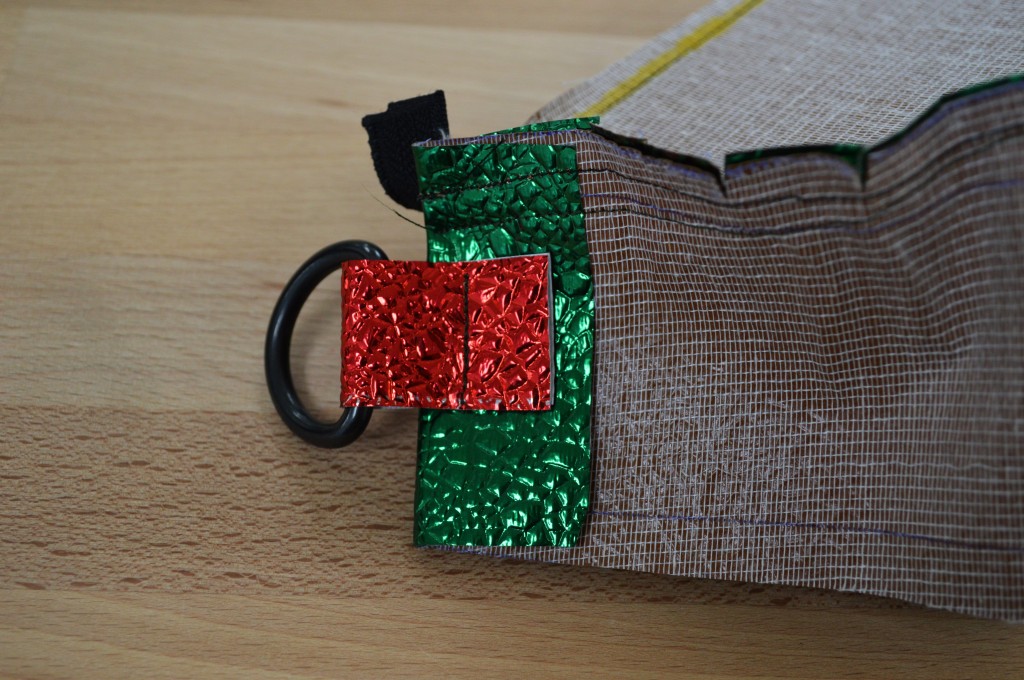 The ends of the base were folded down slightly and a small length of red vinyl was used to add rings to each end so I could attach a chain for the purse strap. 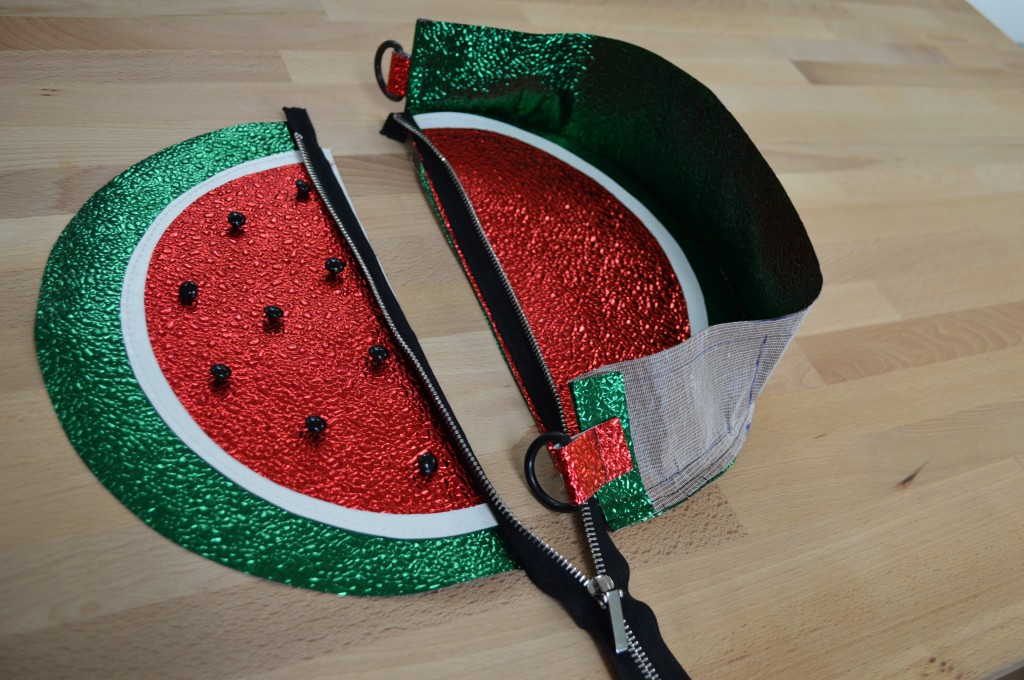 The last step was to finally add the base! It was sewn to the bottom of  each panel, with right sides together, then turned right-side out through the zipper opening. 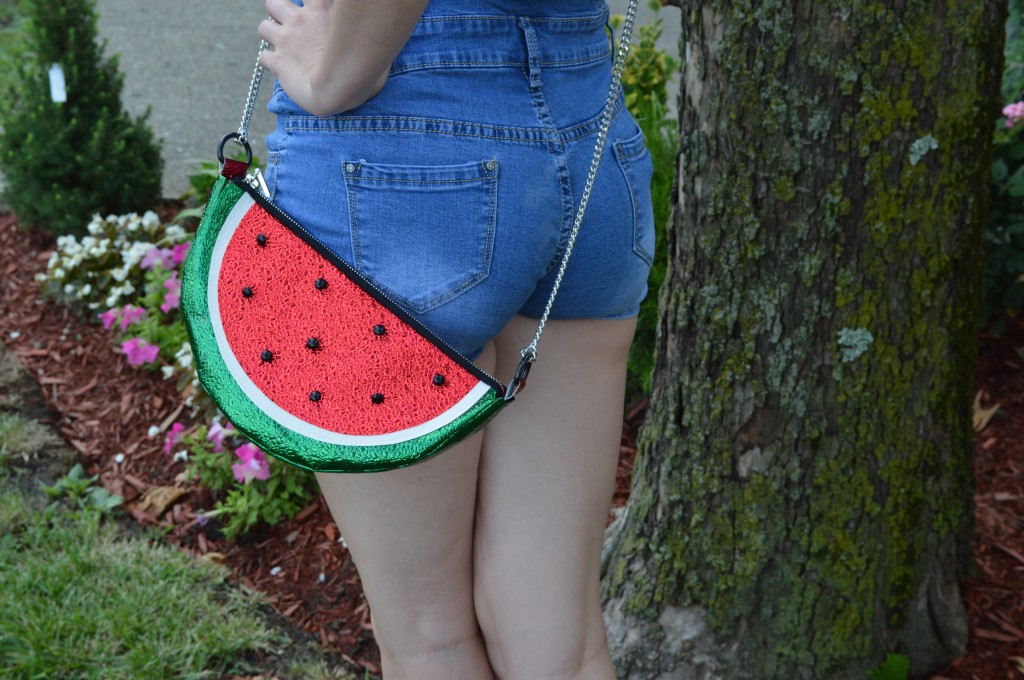 Thank you for the project ideas. Keep them coming

Reply
#DIY Mood DIY: How to Sew a Watermelon Purse | Fruit prints and accessories have been one of the cutest trends this summer, so today I made the shiniest watermelon purse on Earth. I love it…. – Best Home Decorating Ideas January 12, 2017 at 8:10 pm

How to Recreate a Pant Pattern

Everyday Runway: How to Sew a Tiered...