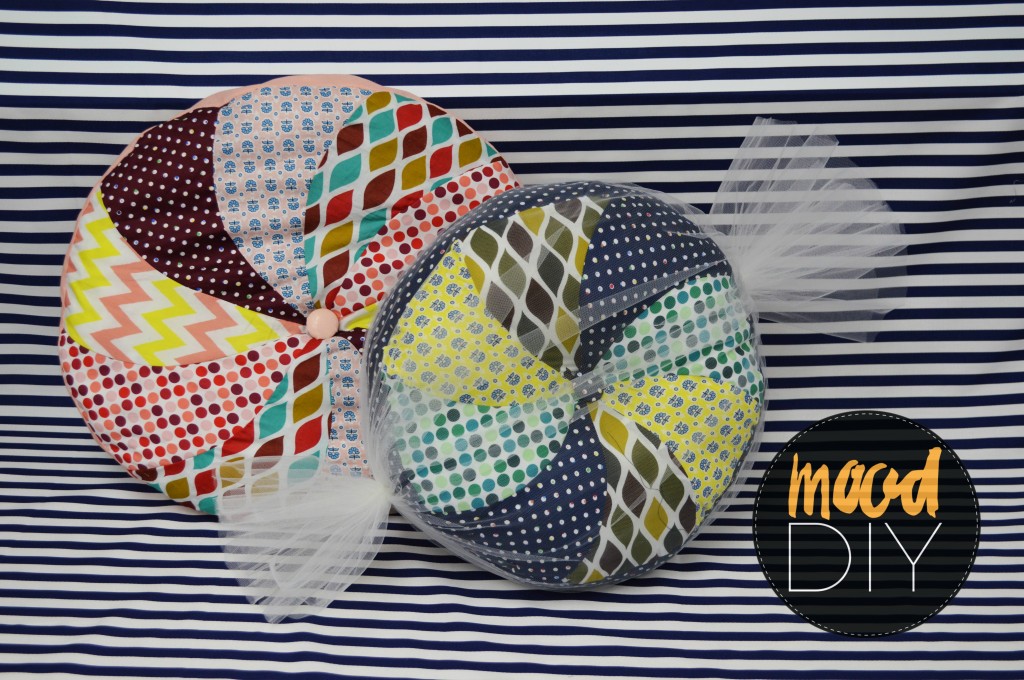 To celebrate National Lollipop Day tomorrow, I thought I’d make some throw pillows that are cute enough to eat! 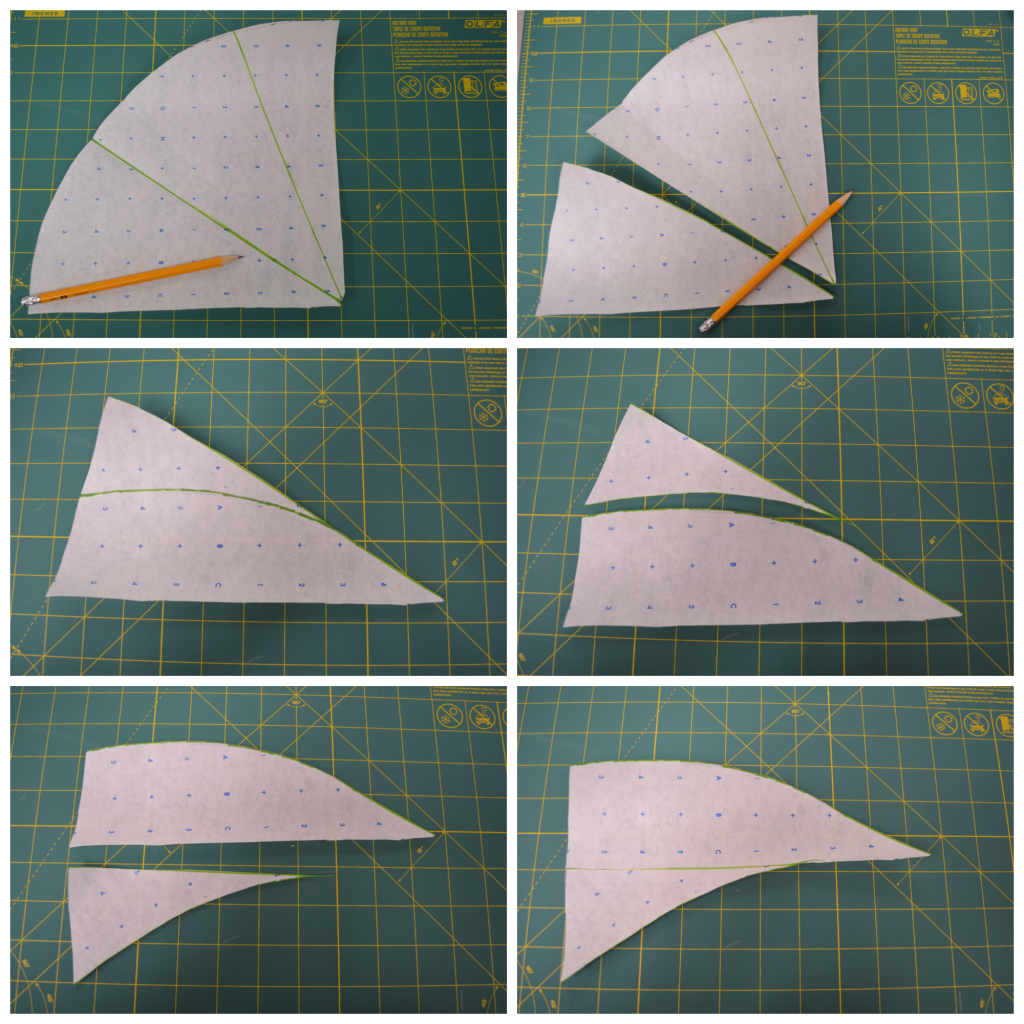 The first step is to make your pattern. I started with two different sized circles ( 14″ and 18″), and then cut them down into quarters. My larger pillow had 5 different prints, so I divided each quarter into 2.5 triangles. Each print would then be featured twice within the circle.

I took one of these triangles, drew a curve like you see in the third photo above, and cut the curved section off. I then taped that curved piece to the opposite side and I had my pattern to create the perfect pinwheel! 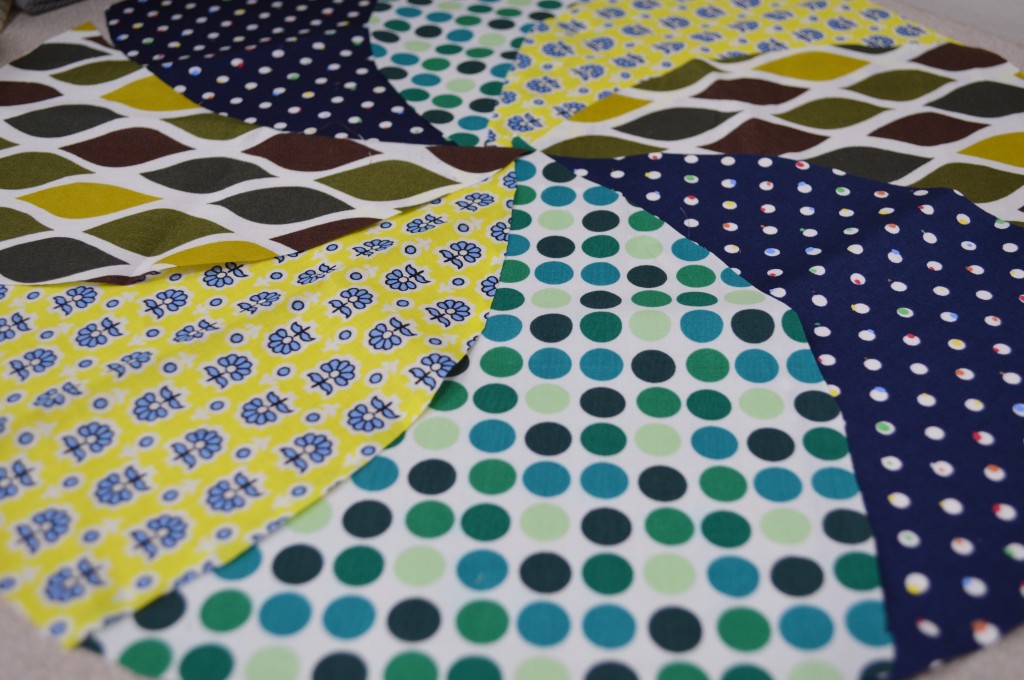 Since I used each print twice and the pillows would be double sided, I cut out 4 of each fabric. 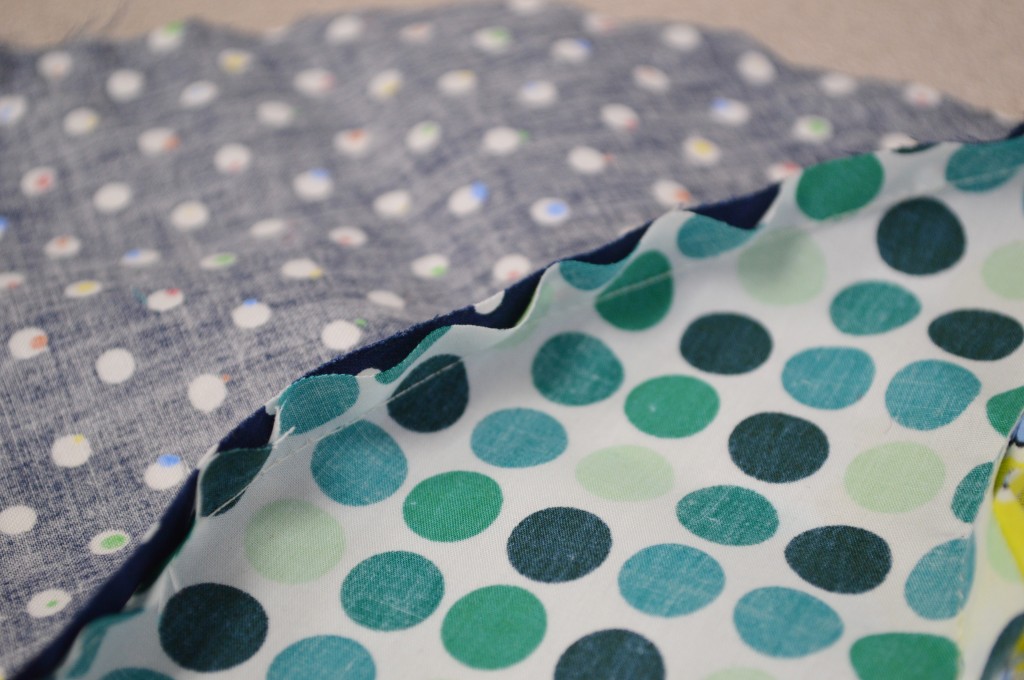 I matched up each panel and the center corners and stitched. To avoid puckering, each seam allowance was clipped, like you see below. 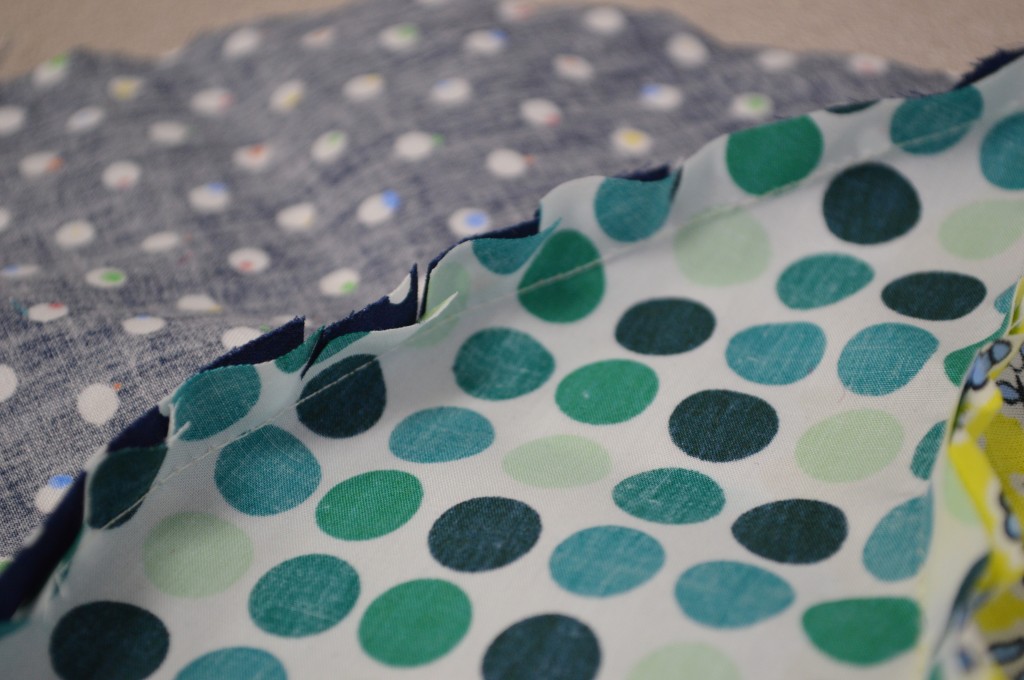 A 3″ strip of cotton was sewn between the front and back of the pillows, to give it a little more depth. 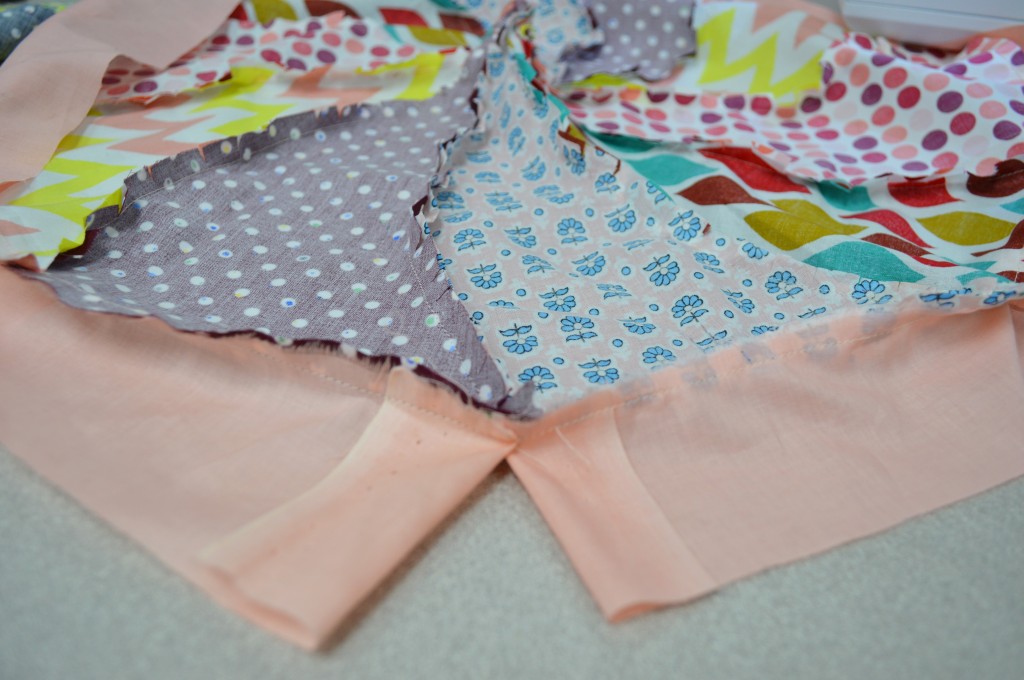 I left the side panel open several inches to stuff the pillows with Poly-Fil. A simple slip-stitch closed it seamlessly afterwards. 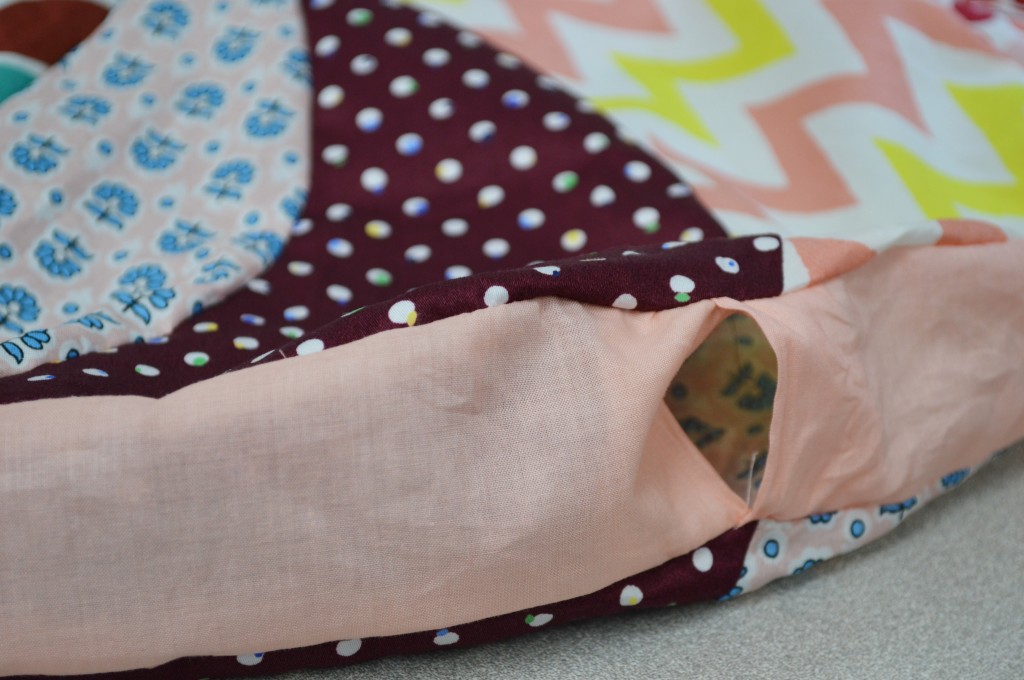 To finish off the center and to give the center of the pillows a little less volume, I covered some buttons with spare fabric and added them where the pinwheel corners all met. 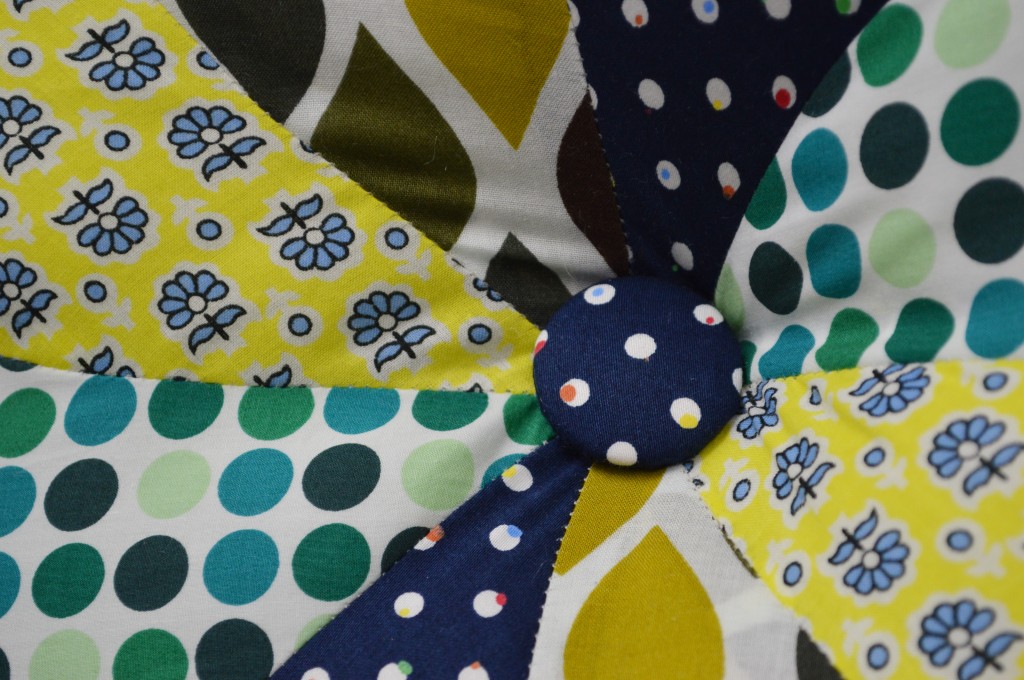 And lastly, candies need wrappers! Some bunched up tulle and some thread ties at the end created the perfect look. I’m ready to make a few more of these and throw them on my futon! What print will you be making some candy pillows out of? 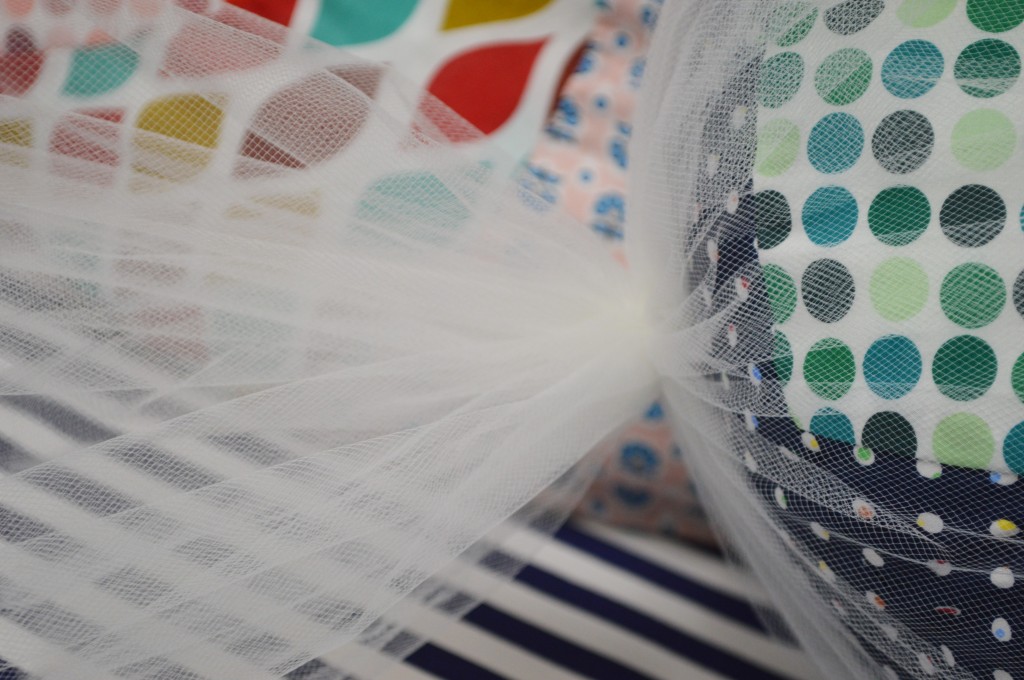 How to Tie Dye a T-Shirt