Gift Cards
Home On The Runway Trend Report: MET Gala 2019
On The RunwayPosts By MollyTrends

For every red carpet, every runway, after party, and Instagram Live, there are winners and there are losers. The 2019 MET Gala is no different, proven by the over-the-top ensembles and underwhelming gowns. The theme? Camp. The definition? -that depends on who you ask. For me, camp is everything fashion is and everything it shouldn’t be, amplified and extrapolated into something no one would wear in their right mind. Is that what we got? Let’s take a look.

Yes, Gurl, This is CAMP

To be camp is to be kitsch, and to be kitsch is to be fashion. Aquaria sported a tattered dress paired beautifully with some over-the-top nails, or rather, claws, which featured a stunning array of jewels. Cardi B’s Thom Browne gown in blood red utilized 30,000 feathers and was completely hand-embroidered. Kacey Musgraves’ leather moto dress gave extreme Barbie-vibes, while Katy Perry channeled famed fashionista Marchesa Casati in her lightbulb extravaganza by Moschino. Lupita Nyong’o went psychedelic with a stunning rainbow explosion, paired with a collection of well-placed, golden afro-picks. Violet Chachki truly grabbed our attention with her glove gown, and Zazie Beetz of the phenomenal show Atlanta showed off her two faces with a tuxedo… and a dress. Zendaya’s gorgeous Cinderella gown was a performance in and of itself, lighting up with the literal wave of a wand. 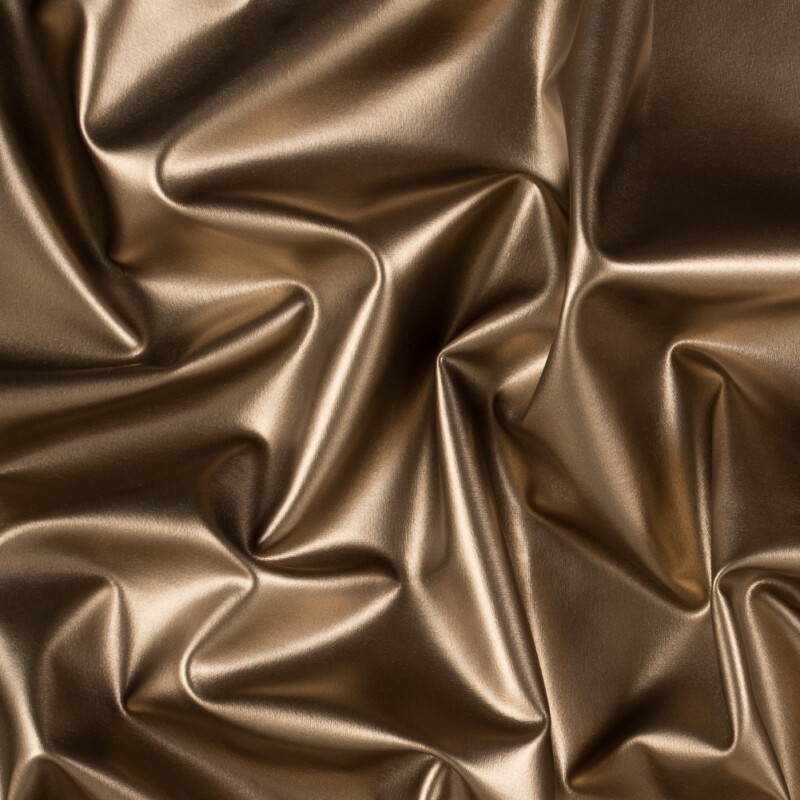 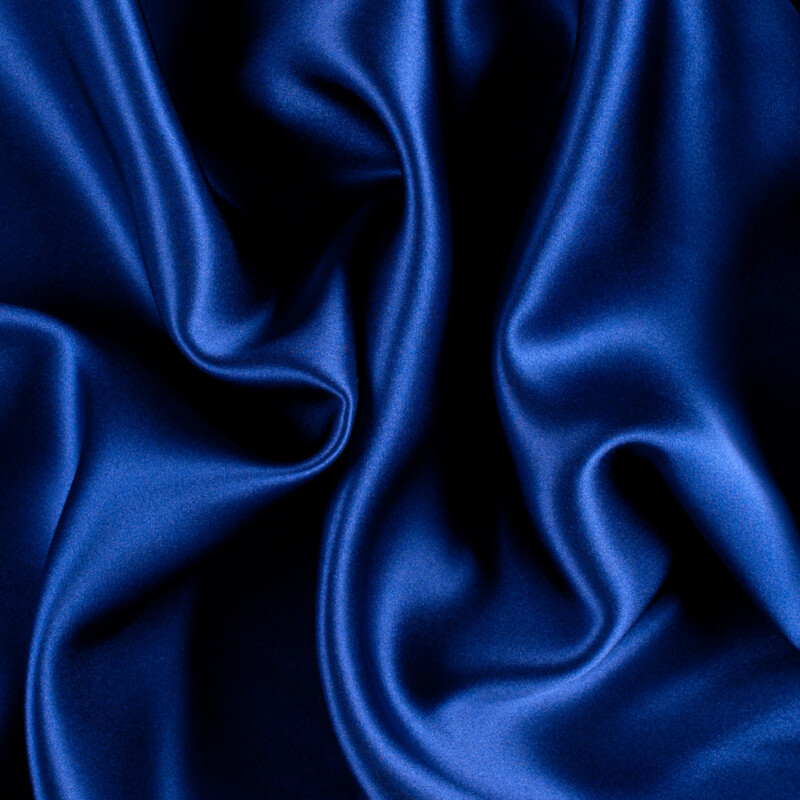 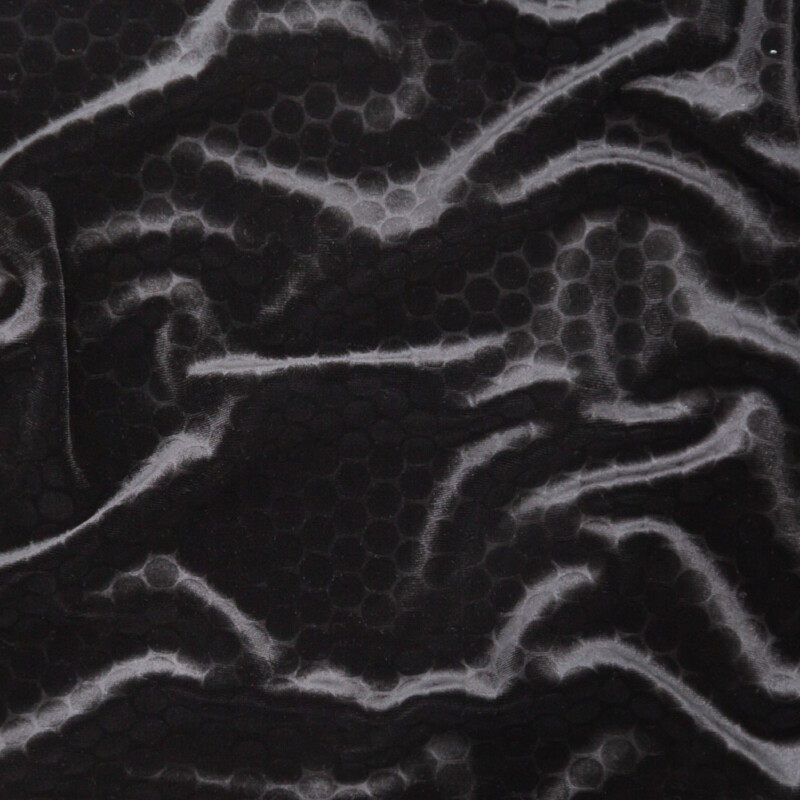 Kacey Musgraves lovely maxi moto dress utilizes pink pleather, but could also be made from denim for a more casual style, or even a sateen. The Xyris Dress on Mood Sewciety is an excellent alternative for her dress, since it’s a more casual garment. Lupita Nyong’o’s dress was made of a variety of tulle, and a variety of laces, like guipure, would be perfect for the bottom of the dress!

No, Honey, This isn't Camp, But You Tried

Some people missed the mark this season, aiming for camp and simply hitting extravagence. Awkwafina and Emily Blunt both showed this off well in gorgeous golden gowns that were definitely extreme, but not quite camp. Celine Dion admitted in an interview that she didn’t totally understand camp, but she got close enough with a stunning fringe ensemble and Vegas-showgirl style headdress. Gigi Hadid’s gold and white suit featured some lovely feathered fringe, but wasn’t as bold as it could have been, while Joe Jonas and Sophie Turner went for a more abstract style. Jeremy Scott, self-proclaimed King of Camp was merely a prince in a tuxedo lined with jewels, paired with Bella Hadid in a matching gown. Kim Kardashian’s lovely Thierry Mugler dress has taken the internet by storm, but is it camp? Wet, yes. But, camp? not quite. Saoirse Ronan took the approach that many on the pink carpet did, by wearing something loud and hoping no one would notice that they didn’t understand the assignment (we’ve all been there, girl). Serena Williams kicked it up a notch by pairing a blooming yellow down with some Nike sneakers,  and Yara Shahidi wore a darling romper and tights befitting the Grown-ish star. 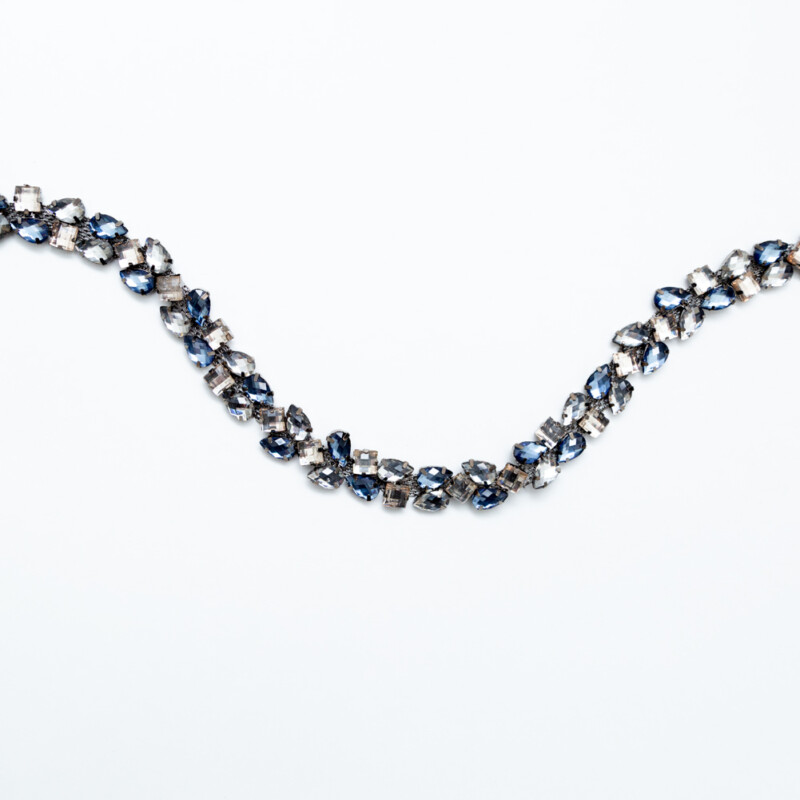 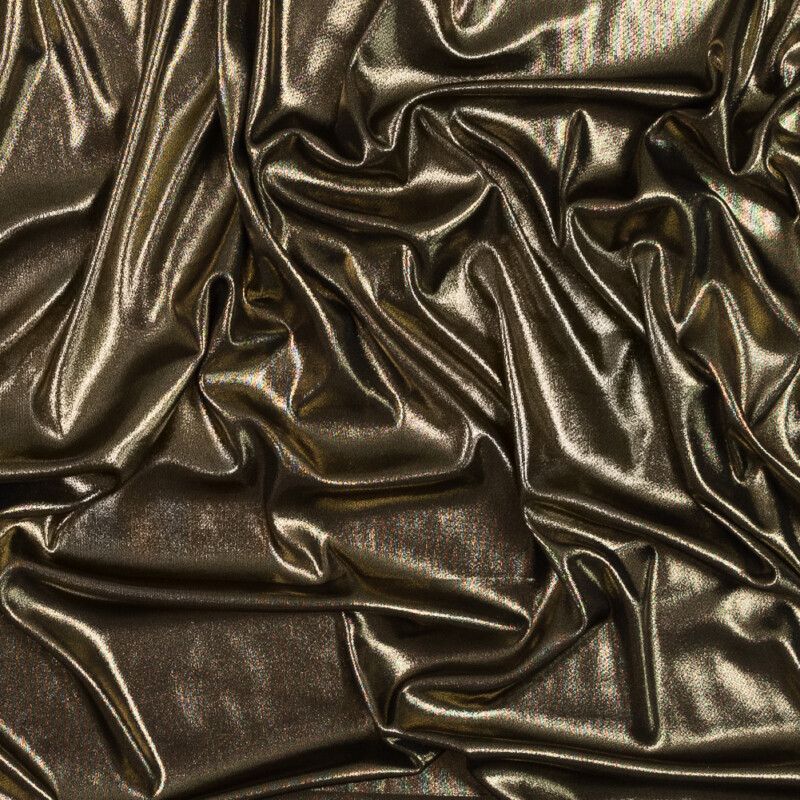 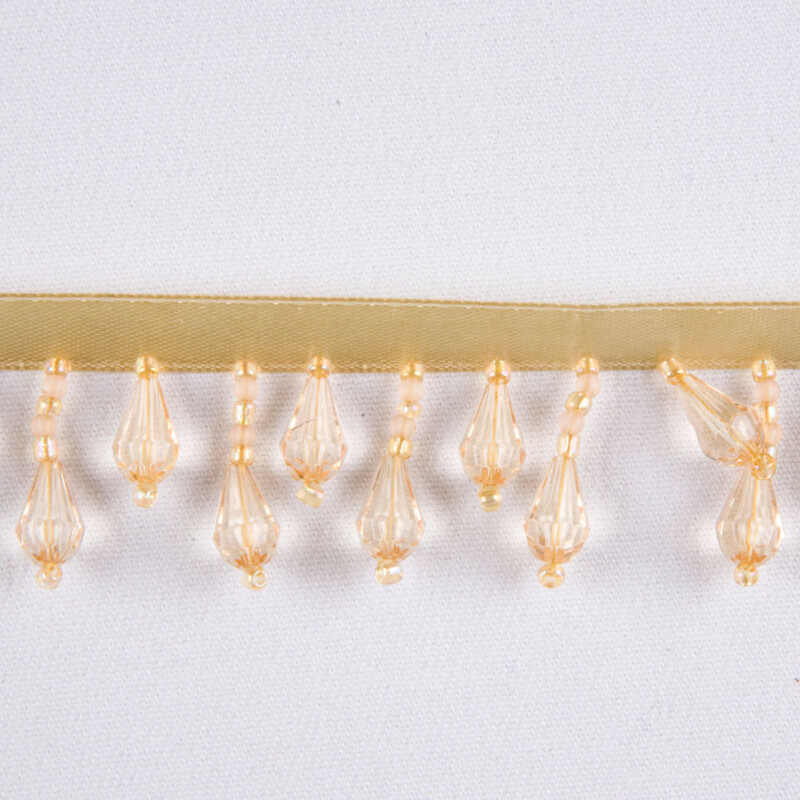 Take a chance at Jeremy Scott’s and Bella Hadid’s bejeweled ensembles with any fancy beaded trim, or recreate Celine Dion’s stellar fringe ensemble with any longline fringe. Emily Blunt’s ensemble would be perfect for prom, made of any number of sequins, especially in gold. Mood features a variety of 3D fabric, ideal for Serena William’s beautiful blooming gown.

No, Gurl, this is not Camp

If fashion was high school, the MET Gala wouldn’t be prom (@ all of the Jenners). It’s final exams and some people did not understand the assignment. These are all gorgeous, gorgeous ensembles that designers put hours of work into, and each person looks stunning. But this is the MET Gala, an event that many people (myself included) would do a number of things to get to, and if you’re not going to at least try to take the challenge seriously, maybe let someone else go. Like me, I am the walking definition of style and the next MET Gala should be me themed. Alexa Chung sported a lovely Parisian ensemble with a beret I will covet for the rest of my life, while Hailey Baldwin Beiber the third of Hollywood-shire wore a simple silhouette that sported a bedazzled thong poking out the back. Kate Moss was a disappointment to me, a major fashion model that could’ve taken much more of a risk. That being said, I would love to see a prom dress inspired by her glamorous gown. The Jenner sisters, Kylie and Kendall, wore some colorful couture, another set of models that I think could’ve had more fun with camp, especially since they come from such a Kampy family. I love Lucy Boynton’s bedazzled cape dress with feathered fringe, but I wish she could’ve (swan) dove headfirst into Bjork style swan-dress. Miley Cyrus, a contender for the coveted Queen of Camp, lost out on a chance to go big with a simply structured striped cocktail dress, and a nice piece of arm candy to boot. Nicki Minaj had her Barbie bliss stolen from her by Kacey Musgraves while wearing a simple high low gown with an ultra extended train that fell flat when compared to Cardi B’s red ensemble. Rachel Brosnahan’s pretty in pink rose gown would be another top tier choice for prom, but wasn’t quite what we’re looking for when it comes to kitsch. 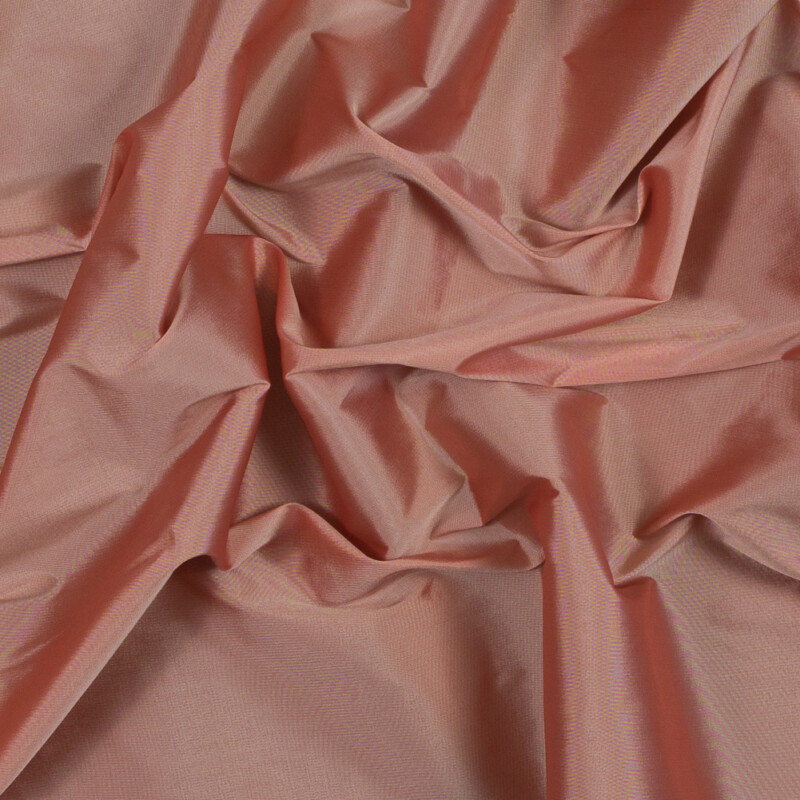 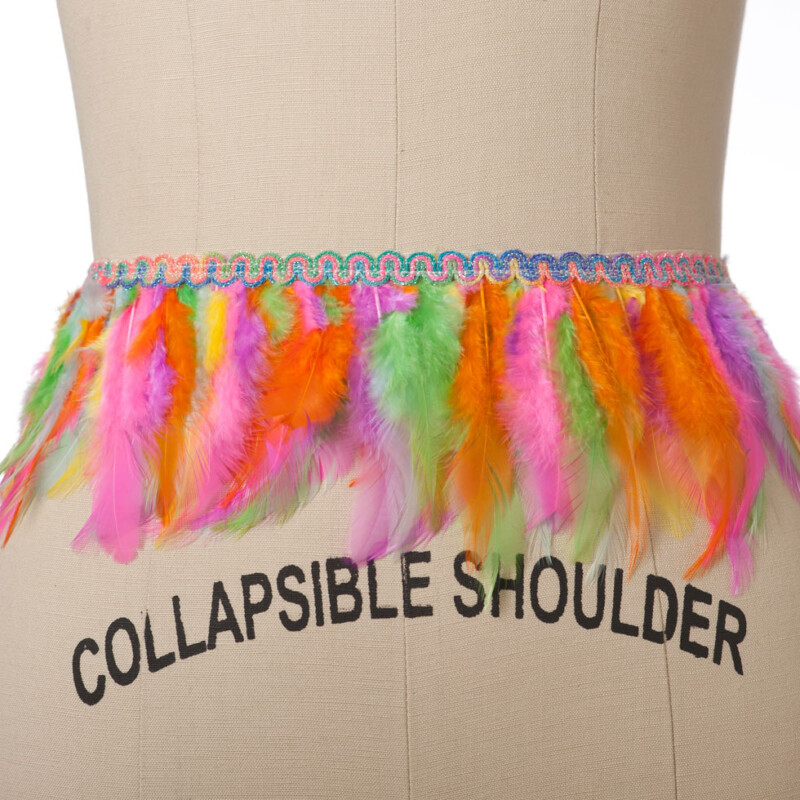 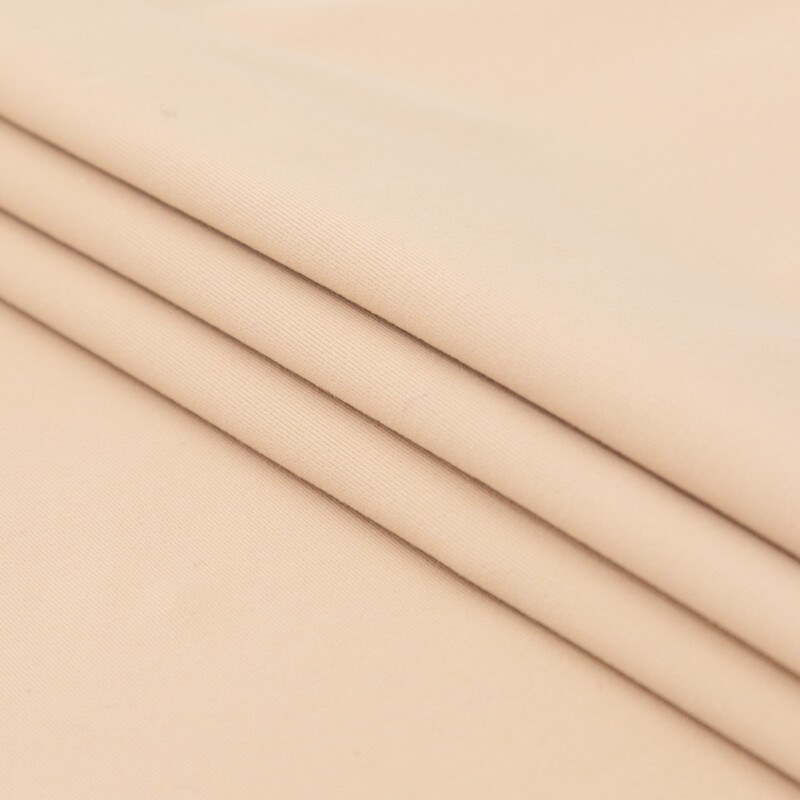 Be birds of a feather with the Jenners, utilizing feathered fringe, adorned to The Sagittaria Dress for a more modest look. Alexa Chung’s simple Parisian aesthetic can be used with tweed and well-placed appliques, while any chiffon would do for Rachel Brosnahan’s fun floral dress.

The TRUE Queens and Kings of Camp

I touched on some of the top tier Camp Couture from the MET Gala briefly, but the creme de la camp (the cream of the camp, that is) was saved for almost last. Billy Porter. Don’t even talk to me about Billy Porter. But do because I have a lot to say. WOW. A modern Cleopatra, Billy Porter was escorted in, nay, carried in on the backs of golden gods, only to stand up and fly in a breathtaking ensemble that included wings. Janelle Monet wore a Christian Siriano gown that literally WINKED, paired with a matching eye purse. Jared Leto, an avid Gucci fan, wore his own head to the MET Gala, paired with a stunning red gown. Lady Gaga left it all on the camping room floor, literally, as she peeled off layer after layer of gorgeous gown, only to reveal some lovely lingerie at the end. Lena Waithe’s simple ensemble may not seem like much more than a gorgeous suit until you see the back. Waithe reminds us all why they were there with a suit that said “Black Drag Queens Invented Camp,” literally. The MET Gala is burning, and Lena Waithe wants you to know why. 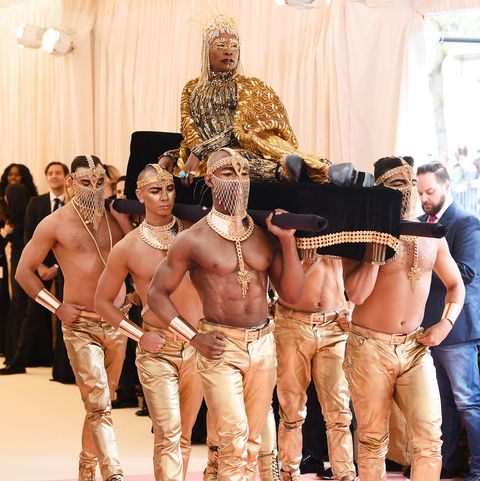 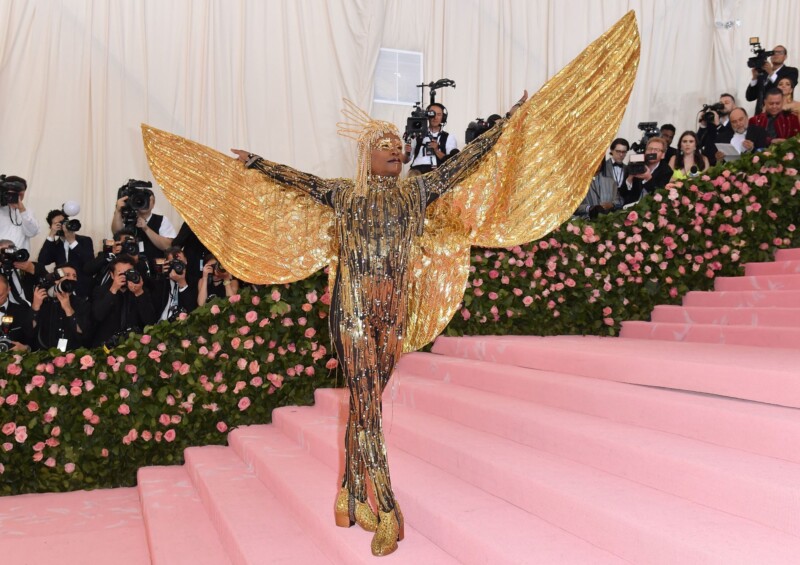 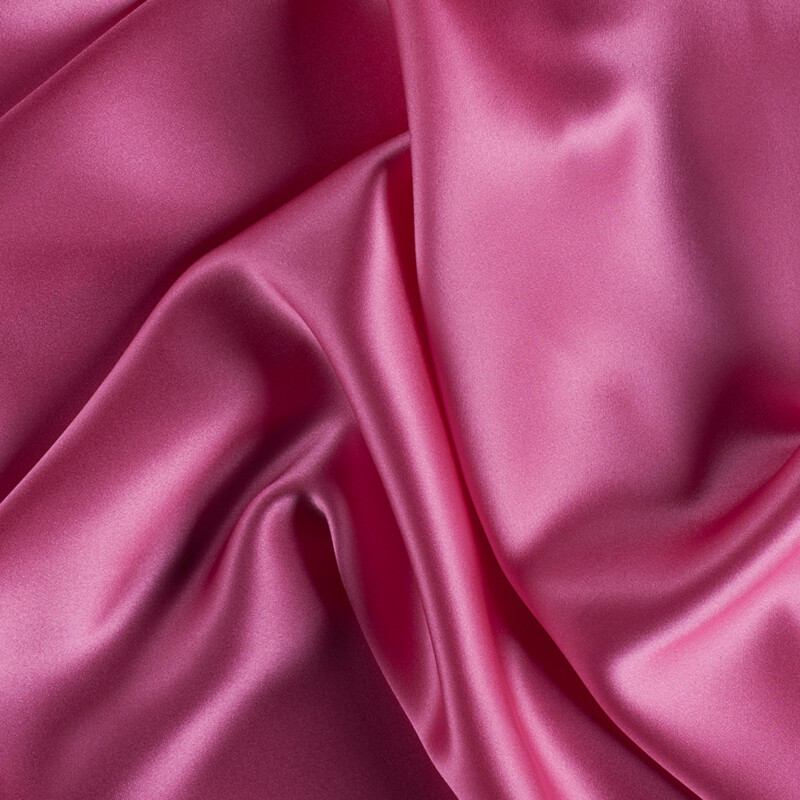 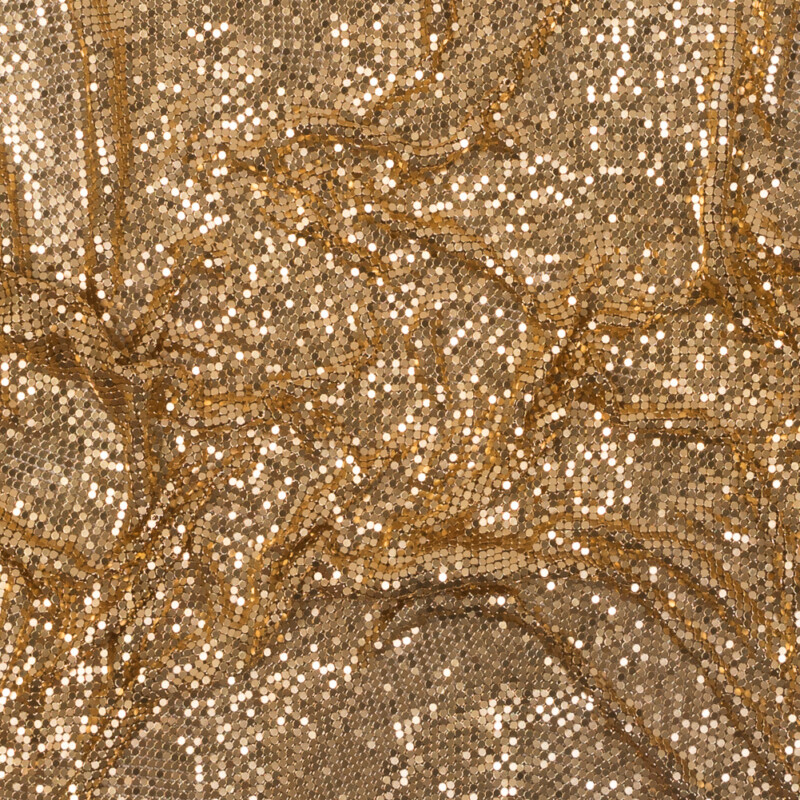 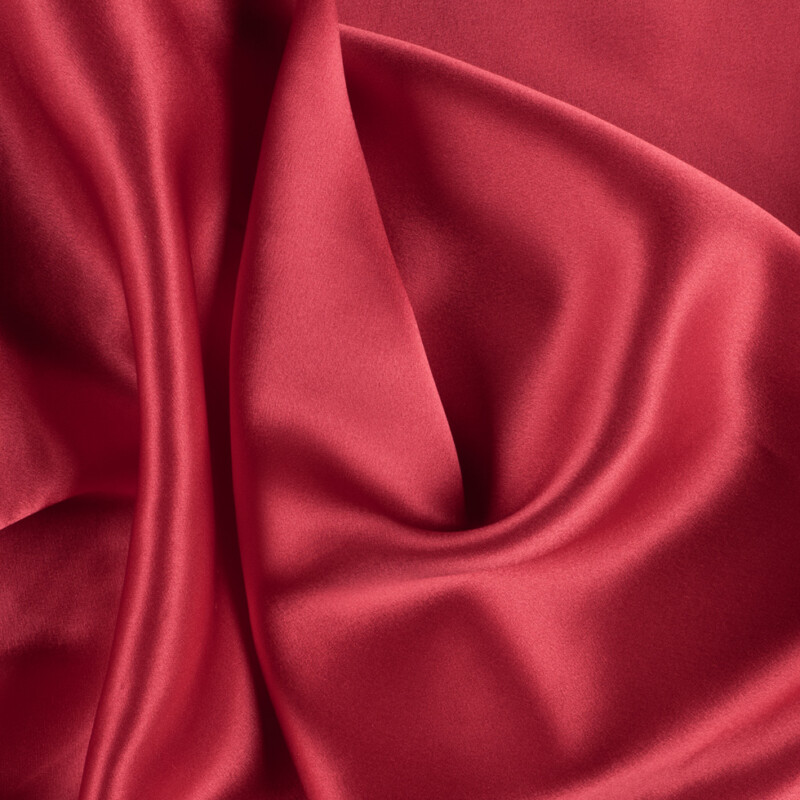 An ecclesiastical fabric would be perfect for Ryan Murphy’s cape, but any jacquard or brocade would do! Don’t forget the pearl overlay! Mood has a variety of stellar suit patterns to help you look like RuPaul, and a twill would be perfect for Anderson .Paak’s sleek trousers.

In an unusual turn of events, the menswear was surprisingly impressive this year, much more than the usual black tuxedo. Anderson .Paak’s pink pants and lovely damask blazer are happy and relaxed, much like his recent album, while Harry Styles went for a more dark approach. RuPaul looks like he skinned a Lisa Frank themed tiger for his bright and bold suit, and Ryan Murphy showed us all exactly how he could’ve written both Glee and American Horror Story with a gleefully evil looking pearl-encrusted cape, which was 100lbs of pure beauty. 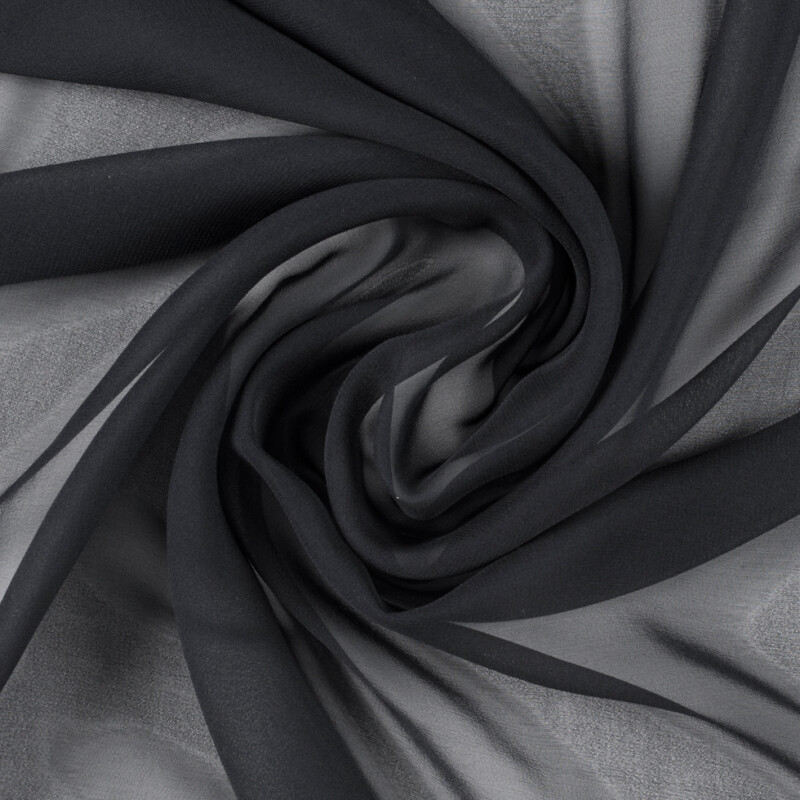 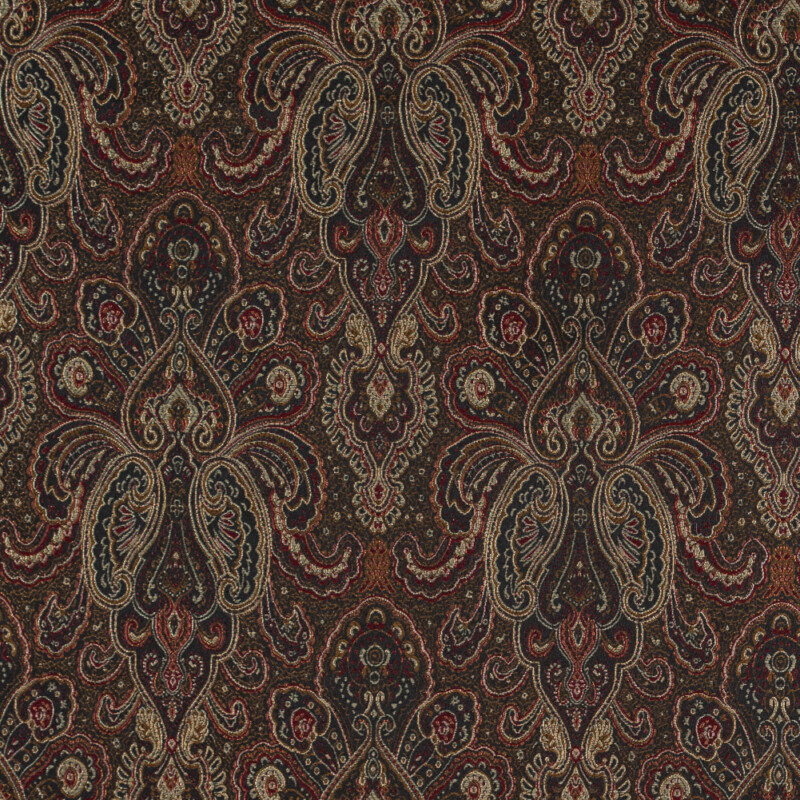 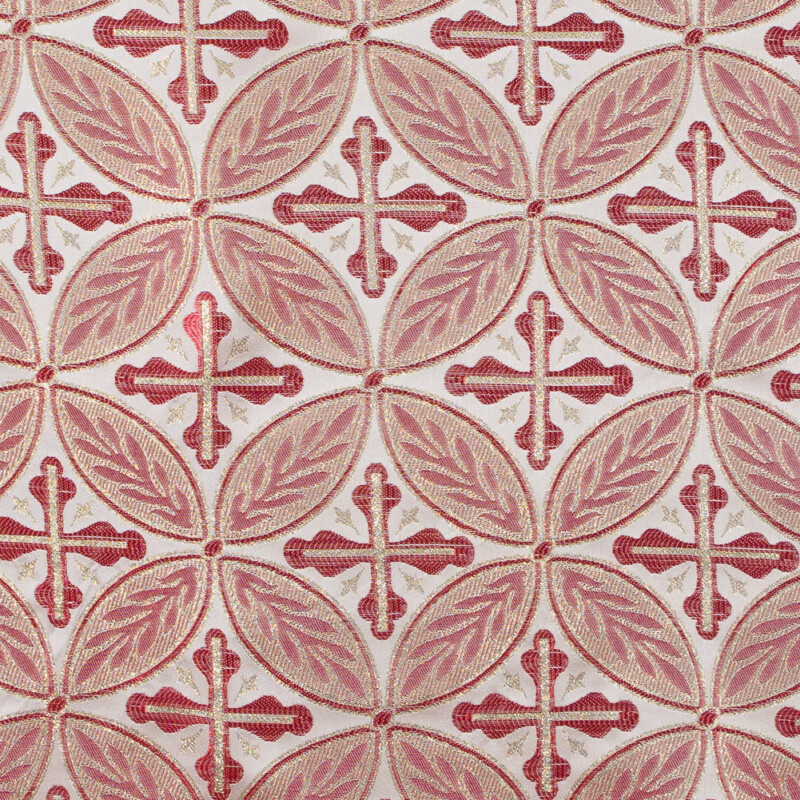 Take aim at Lady Gaga’s impressive arsenal of garments with a variety of taffetas, and chainmail or plastic chainmail is the first fabric you’ll need for Billy Porter’s ensemble. Lena Waithe’s excellent suit is made of suiting, adorned with loose sequins.

How To Alter a Pattern to Adjust Bust

The Nitty Gritty of Leather in the...

A Guide to This Season’s Suiting Trends

Sew a Luxe Sweatshirt This Fall