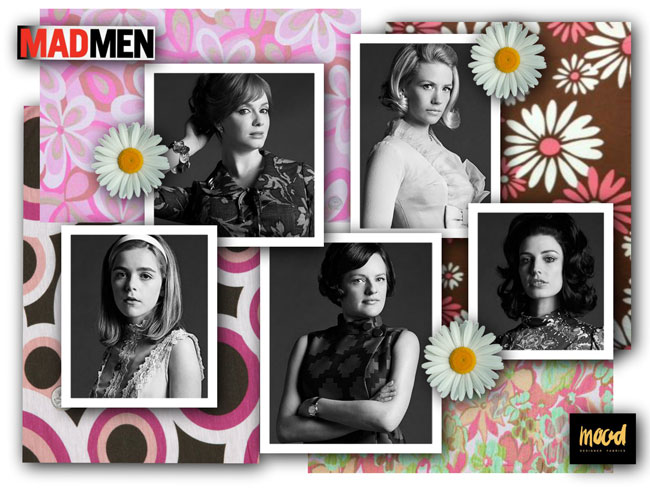 The sixth season of Mad Men premieres this Sunday on AMC and we’re eager to watch how the women of the show—Peggy, Joan, Betty, Megan and pre-teen Sally—take to late 1960’s fashion. We’re used to them wearing dresses that were fitted and flattering, but now they’re stepping into the Mod part of the decade and none of them exactly look like Twiggy. The New York Daily News writes about dressing the characters in the styles of the period in a recent article:

“It was a very challenging decade,” [Tim] Gunn explained of the season-six ensembles. “There was never before a decade like the ’60s and hasn’t been one since. ‘Mad Men’ style was how we ushered in the ’60s and we ushered it out with hippiedom. Between those two polarities, there were the miniskirt, Yves Saint Laurent’s clear vinyl dress, the paper dress, the bikini — it was almost impossible to shock people.” He added, “It was a time that was so schizophrenic and challenging to decide who you are.” (NY Daily News) 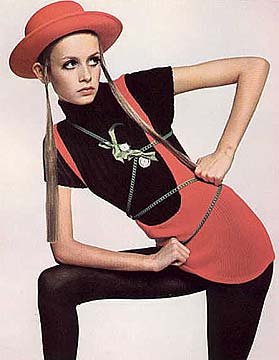 So far, Mad Men fashions have inspired countless numbers of home sewers to re-create the dresses and outfits worn by their favorite characters. We can’t help wondering if the blogosphere will embrace Mad Men Mod as much as it has the early sixties fashions, but Mood Fabrics has lots of mod and groovy fabrics in our two stores and online just in case. For example, there’s this pink pop floral brocade, this pink-and-brown bold geometric jersey knit, and this Marc Jacobs retro-floral silk charmeuse; in our NYC store we found these fabrics:

Late 1960’s-style fabrics found at Mood NYC. Tons more where these came from, and in our LA store too. 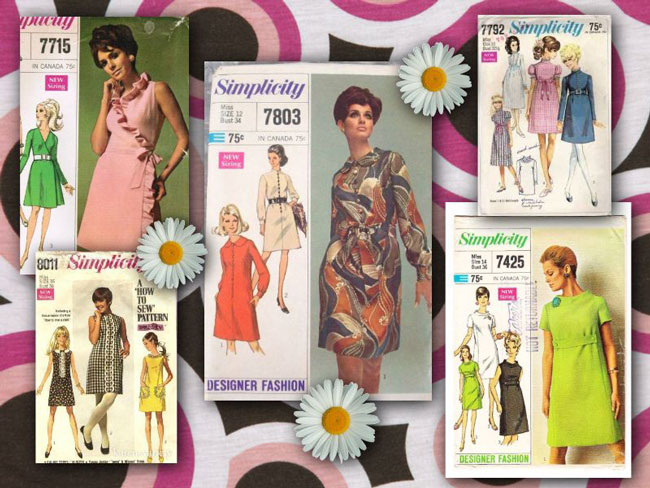 A search for “Simplicity patterns 1968” turned up these groovy dress patterns.

Will you be watching Mad Men this Sunday? Could late 1960’s fashions serve as your next design inspiration? Let us know here!

Those dress patterns are awesome! I would totally rock those today, especially 7425 and 8011; a sheath dress can be so flattering! I love the pockets on 8011; A simple dress leaves you so free to wear a fun print or a classy solid. Mood leads the way in style and good taste.
Fabric love from the Midwest…

I was never a fan of the Mad Men early 60s fashions, although the actresses look good in them because they’re so attractive. I do not think the average woman is done any favors by them.

I’m more of a Joan-Baez-fun-and-easy-cotton-Marimekko sheath dress type myself.

My favorite wardrobes belong to Betty Draper & Joan Holloway! They are so stylish in their own way. Betty rocks chiffon looks and vintage undergarments and very few women can make old school polyester look as good as Joan does.

Mood DIY: How to Sew a Reversible...

Pantone 2018 Color of the Year