Trending for Fall/Winter 2016 – The Chic Shearling 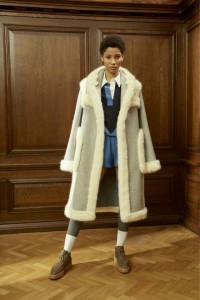 Always looking for the latest trends and thoroughly studying every and any fashionable event,  we found that what is currently heavily trending on the runways from the Fall/Winter 2016 collections are shearlings whether it’d be cropped, midi, long, or even oddly shaped, unfamiliar silhouettes. Brands like Acne Studios, Carven, Joseph, and even heavy hitter Burberry embodied the shearling craze for their Fall/Winter 16 collections. But really quick before we get lost on the glitz and glam of the runway, what is shearling?

The very basic answer to that question is the skin of a sheep or lamb with the wool left on the hide. The skin is most of the time just recently sheared, tanned, and dressed. It has a suede surface on one side and clipped fur surface on the other. Usually, the suede side is worn outward. Shearlings are also the proper term for what is commonly referred to as “sheepskin“. 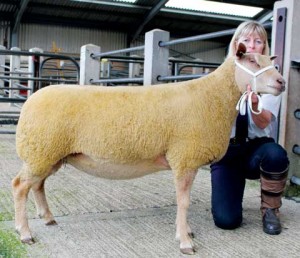 Shearlings have been worn since the bronze age (which is about 3000 b.c.). Worn all over the world, especially Europe, shearlings are a global commodity, but it is also a by product of the meat industry. That being said, at times supply can be limited and the price of hides go up. 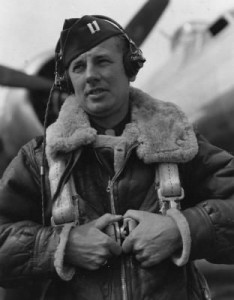 Shearlings became a popular mainstream jacketing material around the end of WWII, when the aviators would return home and still wear their fighter jackets. This movement lead up to the shearling jacket reaching the heights of Hollywood, with stars like James Dean making the shearling a bad boy’s staple.

In the late 80’s and early 90’s, the ghost of the fighter shearlings and Hollywood cool shearlings were replaced by a cheaper convenient store thrift shop version of itself. 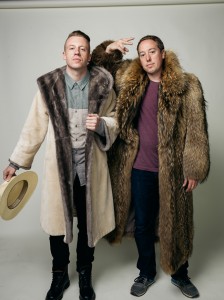 Being used as punk outfits for the wave of misfits roaming the downtown streets of cities like New York, Los Angeles, and Chicago looking for an identity to latch on to.

Real animal fibers started to be slowly replaced with synthetics leaving a bad taste in the mouth of the stylish, but would become a savior for the more conservative money saving fashionistas. While waiting for its time to recycle and once again reign supreme on the top of the trending-sphere, shearlings became a phenomenon in the production of various miscellaneous products like gloves, rugs, vest, bookbags, book covers, cup cozies, and lace-less boots which became popular from a brand named “UGGs”. 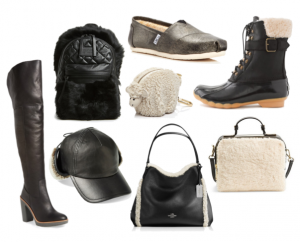 During these times of the consumer thirst for product, shearlings were being used for everything expect the glorious jacket that we once loved and obsessed over like its biker cousin (but we like the shearling a little more because it’s lined with a bit of fluffy heaven).

Well, like everything that’s great, it always comes back in style and with vengeance! 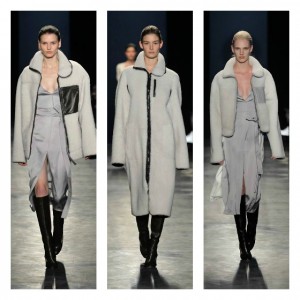 The chic shearling has been attacking the Fall/Winter runways for the past few seasons. With a new innovative take on this classic garment, we don’t see it going anywhere for a long while. 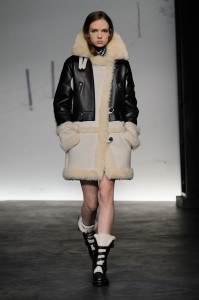 This Coach biker sheepskin coat from the F/W 2015 collection is a perfect example of what “the shearling” has morphed into. Pushing the classic style forward, Burberry’s evolution with an over-sized collar complimented by exposed seams has changed the game.

Now with the influx of boho and punk chic styles taking over the runway, we see taste-makers layering, and layering, with distressed denim jackets, leather jackets, or chunky knits, all tucked under a high-end over-sized shearling. 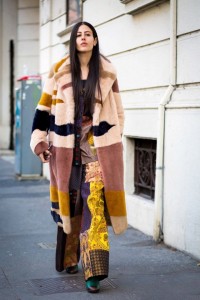 I don’t think shearlings ever went out of style; garment designs that have lasted hundred’s of years just don’t disappear in a sea of unwanted trends. There is a reason why they have longevity and inspire a lot of personal style choices across space and time. Shearlings are dimensional! 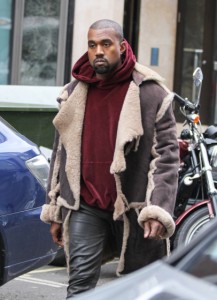 They might get lost in a void for a moment, but will always make a cosmic come back like no other, and every time I will put my style dollars on the chic shearling.

Hi, Great jackets with remarkable example of creativity in clothing. Truly appreciated your work. Hoping to see some more in near future.
Fabrics from India

I love all types of garments made with fur